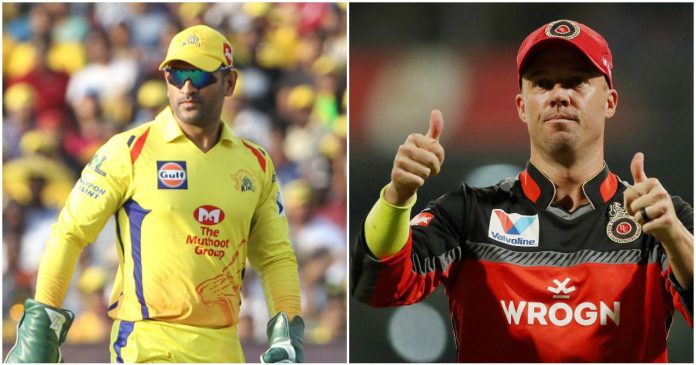 In cricket, a “finisher” is a batsman who specialises in scoring runs in the final stages of an inning. This is frequently regarded as a specialised position, with the best finishers in the game being those who can consistently score runs at high rates under pressure.

Over the years, the Indian Premier League has produced some of the best finishers in world cricket, with many of these players going on to become cricket legends. This article will look at the 7 best IPL finishers of all time.

MS Dhoni is the world’s best finisher, as he has repeatedly demonstrated. In the Indian Premier League, he captains Chennai Super Kings.

His best performance came against Royal Challengers Bangalore when he scored 84* off 48 balls in a crucial situation.

He had appeared in 234 matches and scored 4978 runs with a perfect strike rate of 135.20. MS Dhoni is ranked first among the 7 best IPL finishers of all time.

When it comes to finishing the game, AB de Villiers is a well-known name. He is a versatile cricketer.

If you’re looking for a complete batsman who can score from any batting position and play any type of shot in rapid succession, look no further than AB de Villiers.

He has 251 sixes in his IPL career, which is second only to the great Chris Gayle.

His batting abilities and powerful hitting rank him second among the 7 best IPL finishers of all time.

Andre Russell is a hard hitter in international cricket. In the shorter formats of the game, nobody finishes the game better than Andre Russell.

He was signed by the Kolkata Knight Riders in 2014, and he hasn’t looked back since.

When it comes to chasing big totals, he is unquestionably KKR’s backbone. Russell’s best innings came in 2019 against the Mumbai Indians. He scored 80 runs in just 40 balls.

His ability to finish the game quickly sets him apart from the other finishers. He is ranked third among the 7 best IPL finishers of all time.

Kieron Pollard is an all-rounder with a right-arm medium-fast bowling action. He was the joint highest-paid player for Mumbai Indians in the 2010 Indian Premier League.

His large stature and power made him one of the best IPL finishers in the game’s history. Pollard holds the record for the fastest 32-ball 60, which helped MI win their first IPL title.

Also read: Kieron Pollard Retires from IPL, but Mumbai Indians have made him the Batting Coach for IPL 2023

He has appeared in 181 IPL matches and scored 3412 runs at a strike rate of 147.3. He has also smashed 223 sixes in his IPL career and has been an integral part of the MI squad’s 5 IPL titles. He is ranked fourth among the 7 best IPL finishers of all time.

Hardik Pandya is a Gujarat Titans player and captain in the Indian Premier League. He is regarded as one of the best all-rounders in IPL history.

Pandya began his IPL career in 2015 and quickly rose to become one of the Mumbai Indians’ best finishers. His ability to read situations and score quick runs have always been important factors for the team.

Hardik Pandya is unquestionably one of the best finishers in the game right now. He appeared in 107 matches, scoring 1963 runs at a strike rate of 147.59. Hardik Pandya is ranked fifth among the 7 best IPL finishers of all time.

Glenn Maxwell is an Australian professional cricketer who plays for the Australia national team in ODIs and the Twenty20s.

Maxwell joined the Delhi Daredevils in 2012 as a replacement for Travis Birt. Maxwell, on the other hand, only appeared in two games during the 2012 competition.

Maxwell was the most expensive player in the 2013 IPL auction, with the Mumbai Indians paying one million US dollars for him.

Also read: Glenn Maxwell or Hardik Pandya, Who is a Better Finisher in World Cricket?

In 2014, Kings XI Punjab purchased him. In his first match, he proved his worth to the team by scoring 95 runs off 43 balls against Chennai Super Kings.

He hit 89 off 45 balls in the second match against the Rajasthan Royals. Following that, in the third match, Maxwell scored 95 runs off 43 balls against Sunrisers Hyderabad, earning him Player of the Match for the third time in a row.

He has appeared in 110 matches and scored 2319 runs at a strike rate of 153.9. Maxwell is ranked sixth among the 7 best IPL finishers of all time.

Ravindra Jadeja is an off-spin bowling all-rounder with a left arm and one of the best finishers in the IPL. In the Indian Premier League, he plays for the Chennai Super Kings.

He is regarded as one of the greatest fielders in cricket history.

Jadeja scored 37 runs in the final over bowled by Harshal Patel in the 19th match of the 2021 IPL edition.

He also took 3/13 in his four overs and was named player of the match. He is ranked seventh among the 7 best IPL finishers of all time.