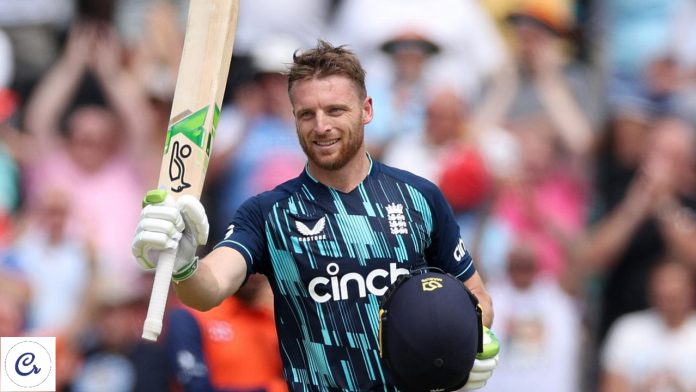 England cricket team broke its own record of highest-ever team total in ODIs by scoring 498-4 in 50 overs against the Netherlands. They felt just 2 runs shy of becoming the first-ever team to score 500 runs in an inning in an ODI match. Earlier, the highest-ever total in ODIs was 481/6, which was also registered by England. Surprisingly, the third highest-ever score in ODI history also belongs to the current ODI World Cup holders. They smashed 444/3 against Pakistan in 2016.

The score asserts the brand of cricket that England now plays. Under the leadership of Eoin Morgan, the England cricket team has completely changed its approach to become a highly aggressive side that just keeps going until the end. The Netherlands lost the match by a massive margin of 232 runs. This is England’s second-biggest win in ODI history, following their victory against Australia by 242 runs. 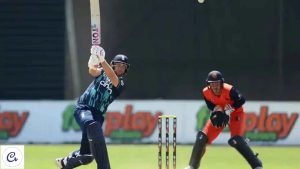 The match became the landmark of many milestones in England’s cricket history. Three English batters crossed individual hundreds in a single ODI for the first time. Jos Buttler scored the second-fastest century of his team in the ODIs in just 47 balls. He failed to break his record of scoring a century in just 46 balls. Interestingly, Buttler also owns the records for the third-fastest hundred by an English batter in ODIs. 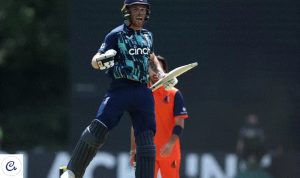 The Netherlands had won the toss in the game and opted to field first, a decision that will haunt them for many years to come. Jason Roy was dismissed cheaply, but it did not create any relief for the bowlers of the Netherlands. Dawid Malan and Philip Salt constructed a massive stand of 222 runs for the second wicket. Both of them went on to score their respective centuries. Philip Salt scored 122 off 93, including 14 fours and 3 sixes, while Dawid Malan notched up 125 off 109, which included 9 fours and 3 sixes.

On the other hand, the player of the match, Jos Buttler, remained unbeaten on 162* off just 70 deliveries. His knock included 14 towering sixes and 7 glorious fours. The English skipper, Eoin Morgan, was dismissed for a golden duck in a match that was full of fours and sixes. Liam Livingstone also had a great outing. He scored the second-fastest century for England in ODIs. He remained unbeaten on 66* off 22 with the help of 6 fours and 6 sixes.