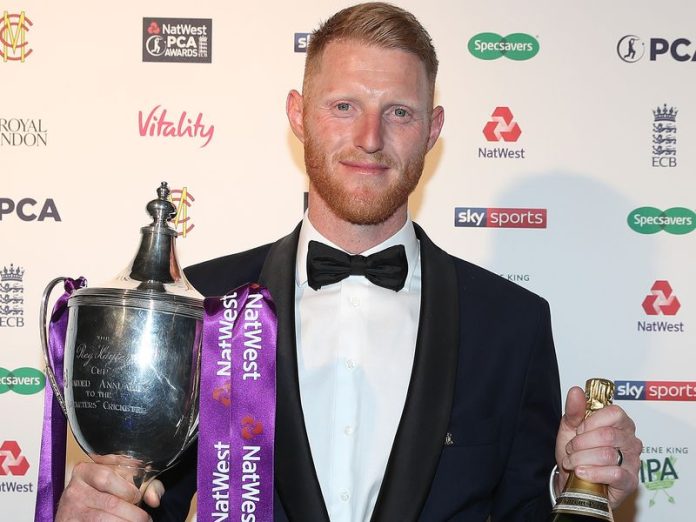 Ben Stokes net worth is US $11 Million which is equal to 88 Crores in Indian Rupees. Ben Stokes is an English professional cricketer who was born on June 4, 1991. By trade, he is a left-handed batter and a right-handed bowler. Ben Stokes is widely regarded as the best all-rounder in the modern era of cricket. Gerald Stokes, who represented New Zealand in international rugby leagues, gave birth to the southpaw in Christchurch, New Zealand.

Ben Stokes, at the age of 18, signed a two-year county contract with Durham due to his exceptional talent. Ben Stokes rose to prominence during the 2010 U19 World Cup after scoring a century against India. He quickly made his first-class debut, and his consistent performances with the bat and ball compelled the national selectors to select him for England.

Ben Stokes made his One-Day International debut against Ireland in August 2011. In September 2011, he made his T20I debut against the West Indies, a month later. Meanwhile, Stokes made his Test debut in December 2013 against Australia. Surprisingly, the all-rounder announced his retirement from ODI cricket in July 2022 in order to give more attention to Test and T20 cricket. Eventually, his decision proved correct, as England is the new World T20 champion.

The all-rounder is also a fan favourite in the Indian Premier League. In 2017, he was drafted by the Rising Pune Supergiants and made his debut against the Mumbai Indians. The Rajasthan Royals selected him the following year in new auctions for record-breaking sums.

The premium all-rounder’s worth in 2022 is $11 million, which translates to INR 88 crores. He currently has a contract with the ECB and is one of the highest-paid players in English cricket. He also earns money from brand endorsements and the IPL contract.

Ben Stokes net worth is estimated to be 11 million USD. Cricket was the primary source of Ben Stokes’ income and net worth. Ben Stokes’ brand value is also very high, and he is the most respected player in the world. Stokes also earns a lot of money from international and national cricket matches, as well as the Indian Premier League. He also endorses a number of brands for which he charges a fee.

The all-rounder did not play in the Indian Premier League 2022. Meanwhile, he earned INR 12.5 crore per year for three consecutive seasons with the Rajasthan Royals from 2019 to 2021. He also earns money from his current ECB contract, which is worth approximately £900,000 – INR 9 crore per year.

Ben Stokes owns some of the world’s most luxurious cars. The all-rounder reportedly owns a blue 195mph Mercedes AMG GT63, a Range Rover, a Ferrari, and an Audi.

Stokes owns a lavish five-bedroom mansion on his 2.2-acre Durham property. The property is estimated to be worth around INR 17 crore.

1- What is Ben Stokes net worth?

2- What is Ben Stokes net worth in rupees?

Ben Stokes net worth in rupees is 88 Crores.

3- What is the salary of Ben Stokes?