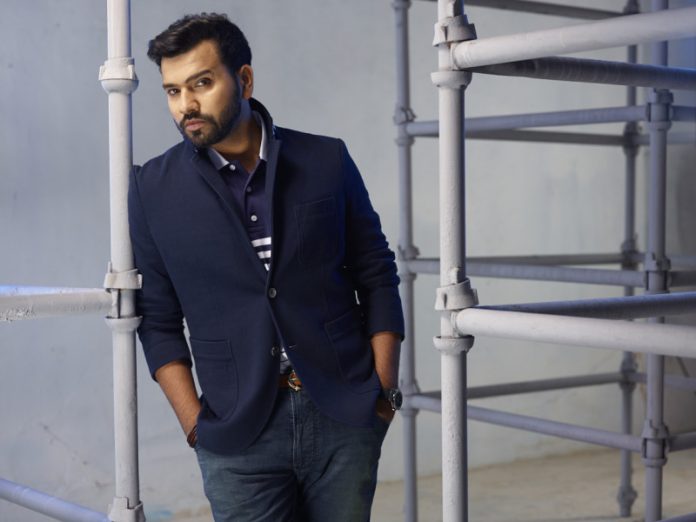 Rohit Sharma has a net worth of US $25 Million which equates to Rs 204 Crores. He is one of the most popular Indian batsmen, and he is adored by the cricketing community for his elegant batting style. For his incredible hitting ability, he’s popularly known as the ‘Hitman’ among his fans. Rohit has become a well-known commercial figure, especially since his appointment as India’s all-format captain. He’s a well-known figure in the world of social media and has received numerous brand endorsements. Rohit Sharma net worth has increased dramatically over the years, making him one of the highest-paid cricketers.

Rohit is regarded as one of the most stylish batters in modern cricket. He has three ODI double centuries, which is an unprecedented feat in world cricket. His special class and beautiful cricketing shots are a visual treat.

Rohit Sharma, India’s captain, comes from a low-income family. His father, Gurunath Sharma, worked as a warehouse supervisor, and his mother, Purnima Sharma, is a homemaker. He was born on April 30, 1987, in a small middle-class family in Maharashtra. Rohit’s childhood was filled with ups and downs. His father’s income was insufficient to provide him with a meaningful life or full support in pursuing cricket as a professional option. As a result, he and his younger brother Vishal spent their childhood at their grandparents’ house.

Rohit Sharma began playing cricket when he was eight years old, and his passion for the game has grown exponentially since then. In 2005, he began his domestic career with West Zone in the Deodhar Trophy. Rohit made his first-class debut with India-A in 2006 and later joined the Mumbai Ranji team for the 2006-07 season. His outstanding performance earned him a spot in India’s T20 squad for the 2007 T20 World Cup. In June of the same year, he made his ODI debut against Ireland.

Rohit Sharma net worth is currently estimated to be around $25 million (INR 190 crores), making him one of the richest cricketers. His outstanding performance both on and off the field made him a highly profitable personality to bet on, whether in the IPL or in the commercial world. The BCCI contract, IPL salary, endorsements, and returns from various investments are currently Rohit Sharma’s primary sources of income.

Rohit Sharma has made significant contributions to Indian cricket’s success over the last decade. It aided him in obtaining an A+ category of the BCCI contract, which is the highest hierarchical position in terms of performance and assigned salary. The annual contract with the BCCI pays him INR 7 Cr.

Furthermore, the BCCI pays match salaries across all formats of international cricket, which is added to Rohit Sharma’s annual salary. He is paid INR 15 lakhs for a Test match, INR 6 lakhs for an ODI, and INR 3 lakhs for a T20 match, respectively. All of these match fees add up to his annual salary for playing for the Indian National Cricket team.

In addition to his massive earnings from the BCCI contract, Rohit Sharma net worth includes his IPL earnings. He is the captain of the Mumbai Indians, the IPL’s most successful team. Under his leadership, the team has won the prestigious IPL title a record five times. He won his first IPL title as captain in 2013, and he hasn’t looked back since. His performance as a player and as a leader enabled him to leave an illustrious legacy in IPL history. Rohit was retained by Mumbai Indians for a whopping 16 crores in the most recent IPL mega auction 2022.

The Hitman is currently ranked among the most well-known commercial figures. In the Indian commercial market, he is one of the most sought-after celebrities. Sharma promotes JIO and its affiliates for his franchise. Aside from that, he is the brand ambassador for some of the most well-known companies in the Indian market, and he independently endorses more than 20 brands across multiple categories.

Rohit Sharma net worth 2022 has skyrocketed since becoming India’s captain, owing to an increase in market reputation and global reach. The Indian captain currently earns a fortune by endorsing leading brands such as Adidas, Maggi, Nissan, Lays, Oppo, CEAT, Aristocrat, Glenmark, IIFL Finance, Hublot, Highlanders, and others. Various rumours are circulating in showbiz that he charges 1-2 crores per commercial endorsement. He was also the first non-footballer brand ambassador for La Liga, a well-known Spanish football league.

Rohit Sharma is an inspiration to millions of people, and he exudes an attractive aura that allows him to naturally connect with the audience. People like him because of his simple lifestyle and calm demeanour. The Hitman maintains a strong social presence on sites such as Facebook, Twitter, and Instagram. On these platforms, he regularly interacts with his audience and hosts live video calls with fellow cricketers. His social media presence increases his brand value and provides him with a fair share of monetary gains.

Hitman’s brand value has skyrocketed over the years, especially since he was named captain of the Indian cricket team. Rohit Sharma net worth in 2021 will have increased significantly over the previous years. He has diversified his income sources, which now include salary and returns from multiple investments. His notable investments include a variety of real estate assets in various countries, luxurious cars, the stock market, and other personal investment options.

Rohit paid INR 30 crores for a lavish and designer flat in Mumbai in 2015. He also wants to get into the world of NFTs and the cricket metaverse by creating his own NFT.

1- What is the net worth of Rohit Sharma?

The net worth of Rohit Sharma is US $25 Million.

2- What is the net worth of Rohit Sharma in Rupees?

The net worth of Rohit Sharma in rupees is 204 Crores.

3- What is the salary of Rohit Sharma?

4- What is the IPL salary of Rohit Sharma?

The IPL salary of Rohit Sharma is Rs 16 Crores.