Check out the Dream11 team for GUL vs ABD Match 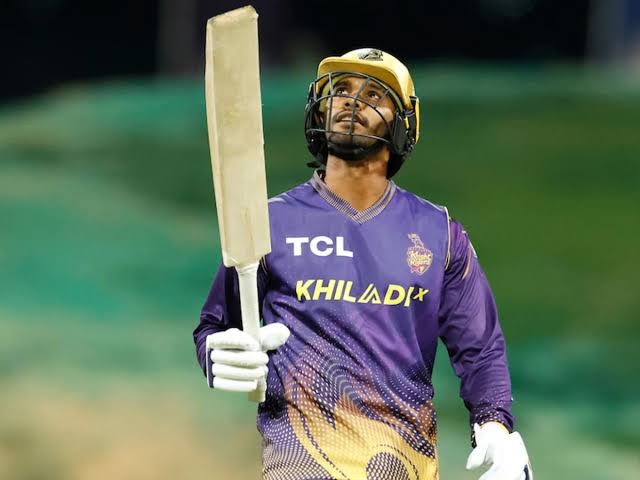 On January 25, the Gulf Giants (GUL) and the Abu Dhabi Knight Riders (ABD) will play in the 16th game of the ILT20 2023 at the Dubai International Cricket Stadium. Here is all the information you need to know about the ABD vs GUL Dream11 prediction before the game.

The Gulf Giants have excelled in the ILT20, winning four of their first five games. The Giants have leaned on Chris Lynn and James Vince to bat while their bowlers have constantly impressed.

In contrast, the Knight Riders have lost all five of their games due to their inability to perform under pressure. While players like Sunil Narine and Andre Russell have performed admirably, the Knight Riders will be counting on the rest of the team to step up in this crucial game.

The average first-innings total over the last three iLT20 matches in Dubai was 174, making it a great place to bat. In the last three games, pacers have dominated, taking 29 of the 33 wickets. Since roughly half of the wickets in both innings of the previous game fell in the first six overs, the powerplay phase will be crucial. At the Dubai International Stadium, chasing is the norm, and dew will undoubtedly be a factor.

The weather forecast for the match is predicted to be humid. There are no chances of rain and we will definitely see a full game between the two sides.

There are no injury updates for this match.

The English batter is performing well in the tournament and he is expected to again score some significant runs for his team. He is the top fantasy pick for today’s match.

Andre Russell is contributing with both bat and ball but his team has failed to win any matches so far in the tournament. However, we can expect the West Indian all-rounder to single-handedly win this match for his team.

Another West Indian who has performed excellent in the tournament so far, Sunil Narine will be itching to secure a win for his team. This could be the match where he guides his team to the victory. He is certainly one of the top fantasy picks in today’s match.

Gulf Giants are expected to win the match.