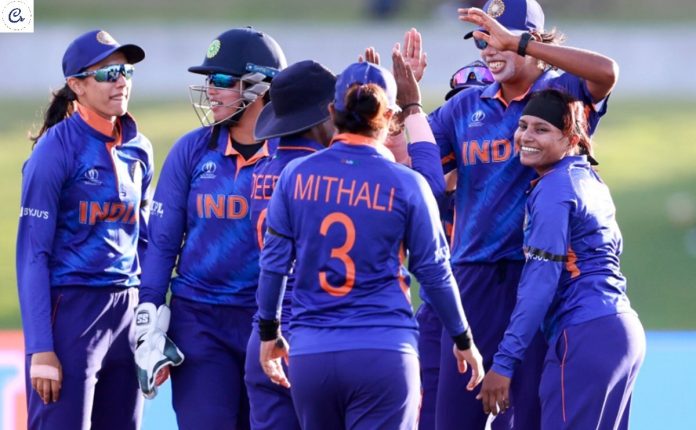 India decimated Pakistan today in the Women’s World Cup, registering their first tournament win in the inaugural match for the side. Opting to bat first, the Indian side led by Mithali Raj looked in all sorts of trouble before being saved by a gigantic effort by Pooja Vastrakar and Sneha Rana to propel the India total to 244 runs and ultimately secure a victory by 107 runs.

Here’s how the action unfolded:

Apart from Smriti Mandhana, no Indian batter showed any promise, falling in quick succession one after another. Even the captain, Mithali Raj, was able to score a meagre nine off 36 balls, and Pakistan seemed to dominate the proceedings after Smriti Mandhana, too, fell at 52.

At 114-6 in 34 overs, India could only hope for a miracle to save their face in the inaugural match at the world cup. The batting duo of Pooja Vastrakar and Sneha Rana took it upon themselves to exhibit a brilliant comeback against a relentless Pakistani bowling line-up.

Vastrakar and Rana forged a fantastic partnership to take India to a respectable total against their arch-nemesis. They collectively scored 122 runs in just 96 balls. Vastrakar scored 67 off 59 and Rana a stellar 53, not out to give India a fighting chance against their arch-rivals.

Chasing 245, Pakistan never looked comfortable and managed only 137 runs in 43 overs against the determined Indian bowling line-up. Gayakwad took four wickets for 31 in her quota of 10 overs, while Rana and Goswami each took two wickets for the Indian team.

With this clinical performance, India has kept its record of being undefeated by Pakistan in the Women’s World Cup. The huge victory has skyrocketed India to the top of the points table with a net run-rate of over +2. 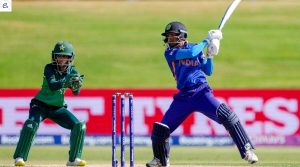 Pooja Vastrakar, who was unable to take the field due to an injury suffered while batting, was crowned the player’s woman for her blazing innings. India physio has confirmed that she will participate in the next match for India.

India’s next challenge will be against New Zealand Women when they square off against each other on 10th March 2022 at 6:30 AM IST.