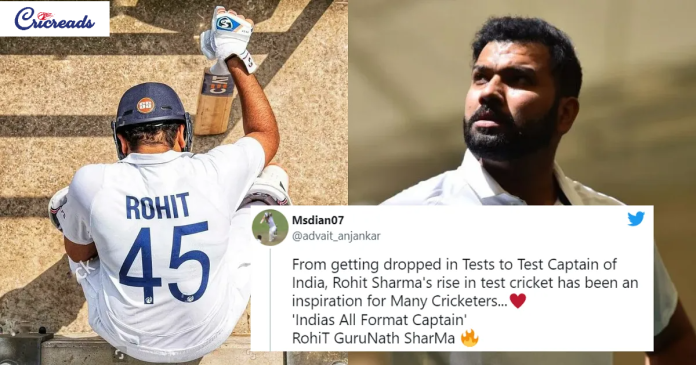 Undoubtedly, Rohit Sharma has set a new standard for a captain to begin his stint. Rohit Sharma has won 14 successive games across formats after taking over the full-time captaincy in all formats of the game.

His tactics, skills and leadership qualities have already gathered appraisal from every corner of the world and everyone hopes Rohit makes India achieves new milestones during his tenure as Team India’s captain. But, do you think Rohit Sharma is the ideal choice for Test captaincy too? No doubt, he was the highest scorer for India in the first edition of the World Test Championship.

However, the fact the batter’s fitness has always been a concern point, and considering him older than Kohli, we doubt how long he would be able to sustain his heath to play all three formats of the game.

He is already 35 years and India’s best captain ever MS Dhoni left the Indian cricket team captaincy at 37 years of age. Is Rohit Sharma as a leader or player required in the longest format of the game? Should he focus on a limited-overs tournament scheduled one after another beginning with Asia Cup then T20 World Cup 2022 then ODI World Cup 2023 in India?

These questions are a major point of concern. Rohit Sharma has been at his peak since the 2019 ODI World Cup where he scored 5 centuries. Perhaps, we believe Rohit Sharma’s workload needs to be managed both as a player and a captain. BCCI should assure Rohit attains a good standard of fitness to continue his career as a captain for at least the next 4 years.

Definitely yes. KL Rahul who has been named the vice-captain of India is still not ready to lead India. Consider the facts, the Karnataka-born player was allowed to lead against South Africa in the 2nd test when Kohli was ruled out due to a back injury. However, KL Rahul lost his debut test match as a captain by 7 wickets. 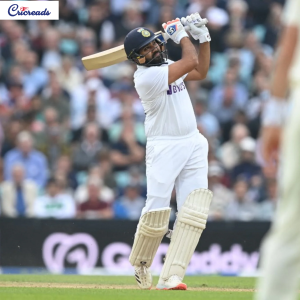 Nevertheless, KL Rahul was also given the chance to lead India against a young & new group of South African players for a 3-match ODI in South Africa earlier this year. But, KL couldn’t manage to win a single game against Proteas as India lost the ODI series under him by 3-0.

Therefore, it would be right to say India has the best test captain as Rohit Sharma currently since KL Rahul needs to learn a lot right now from his senior fellow mates and being around them will groom him.

Who all should be considered for Test Captaincy after Rohit Sharma?

If the performances of players in IPL are considered as a parameter for their selection in the Indian team then the performances of players as captains should also be evaluated. KL Rahul who was made Punjab Kings captain from 2020 to 2021 and then moved to Lucknow Super Giants in 2022 has managed to reach the play-offs only once that too recently.

Shreyas Iyer led Delhi Capitals to play-offs after 7 years, however, couldn’t lead them to the IPL trophy. As they eventually lost to Chennai Super Kings. In the next season too, Shreyas once again lead Delhi to playoffs but just couldn’t cross the finish line. He was stripped of his captaincy in IPL 2021 when he was ruled out of IPL due to an injury he sustained while playing for India.

Shreyas moved to KKR for IPL 2022 but couldn’t guide the team to the playoffs spot. However, he explained the involvement of the CEO in team selection which wasn’t in his control, and thus that cost them the playoffs spot.

Rishabh Pant has a lot to learn. Even after finishing in the top 2 in IPL 2021, Delhi Capitals lost two chances to enter the finals of IPL 2021. Everyone does remember his decision of giving the final over to Tom Curran instead of Kagiso Rabada in Qualifier 1 and then a poor display of performance in Qualifier 2 eliminated them.

Rishabh doesn’t seem to learn from his mistakes easily. Even after having 2 reviews in hand and having 50% doubt that Tim David might have knicked the ball in the crucial match against them which had their playoffs fate, he decided not to review which was a blunder by him as Tim David was out. Later, the batter smashed 34 runs in 11 balls to seal the victory for Mumbai Indians.

We can summarize that Rishabh Pant has a lot of potential as a leader as he guides the spinner brilliantly from behind the stumps as Dhoni used to do. But, he certainly lacks making quick repulsive right decisions at the moment which seems to be a headache point.

Jasprit Bumrah can also be considered for future captaincy.