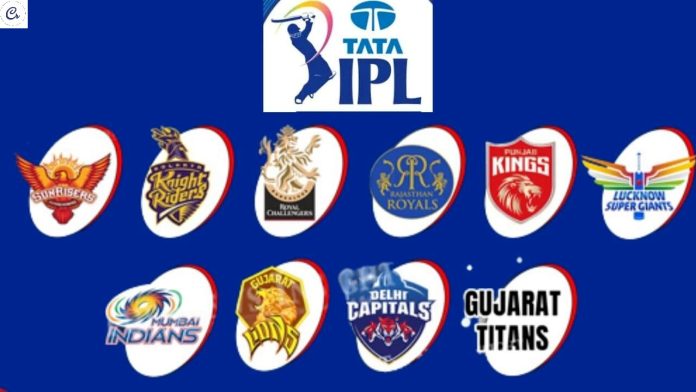 The Tata IPL 2022 complete schedule, including fixtures, timings and venues, has been unveiled by the BCCI.

A total of ten teams, including the newly formed Lucknow Super Giants and Gujarat Titans, will be participating in the sports extravaganza set to begin on 26th March.

The tournament’s first match will be held between the current champions Chennai Super Kings and Kolkata Knights Riders at Wankhede Stadium in Mumbai.

A total of 74 matches, including 70 league matches and four playoffs, will be held during the 65 days the tournament will be played on.

The ten teams will be divided into two groups of five teams each for the festival of runs.

The first doubleheader of the season will take place on 27th March, and a total of 12 doubleheaders will be played this season.

All-day matches are scheduled to begin at 3:30 PM IST, while all evening matches will commence at 7:30 IST.

SRH and Punjab Kings will play the last league match on 22nd May 2022 at Wankhede Stadium.

The complete schedule for the playoffs, including the final to be held on 29th May, is yet to be released by the BCCI.

Previous article
Aussies in Command on the 3rd Day of the First Test against Pakistan
Next article
IPL 2022: 5 Possible Replacements for Deepak Chahar