The much-awaited test series between India vs South Africa is due to begin today in Centurion. Both teams have faced each other head to head 39 times with the later leading the board by 15-14 and 10 test matches were drawn. South Africa also hold an edge over India in South Africa as they have defeated them 10 times. The respective teams are loaded with the bunch of performers, who can turnaround a match for their side.

Never ever write off the captain, “Virat Kohli”, who is certainly on the downfall of his career since his last international ton came around 30 months ago. The pitches do favour him and he certainly loves playing the bounce of African pitches. We hope 71st international ton is on the track in this series from his batting weapon.

De Kock is the only batter who has faced Indian fast bowler Jasprit Bumrah in Mumbai Indians practice more than anyone in his team has a lot of burden on his back to carry the team to the finishing line against India. But he certainly does not have a good history against the side as he averages around 19 in 12 innings. Hope so, home soil will do wonders for him.

After a dream debut series with New Zealand, all eyes are on Shreyas Iyer for his performance outside the Asian continent, with high hopes of hi being a probable replacement of Ajinkya Rahane for future.

It’s the first  test series assignment for captain Dean Elgar at home and that too against a big side like Indian Cricket Team which recently climbed back to No.1 Test Team position. Elgar would need to set an example for his team, as he is the senior most and captain of team, to lead from front and make every team member believe in themselves.

After the exit of Rohit Sharma from test series due to a hamstring injury, the newly appointed vice-captain has a lot of hopes on his shoulder to lay a good foundation for the opening partnership. However, he last played a test match against England in September and since then has been out of test matches due to an injury.

A test recall after 3 years, Duanne Olivier holds a fantastic record as he has picked 48 Test wickets at a strike rate of 30 in 10 test matches. With Anrich Nortje been ruled out due to a persistent injury, Duanne Olivier is all set to feature in probable XI. He might prove to be lethal to Indian batting line up. 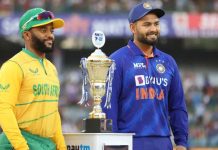 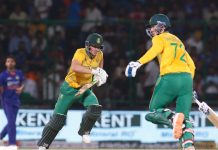 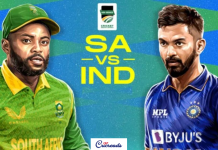 8 Players Expected To Score in India Vs SA T20i Series