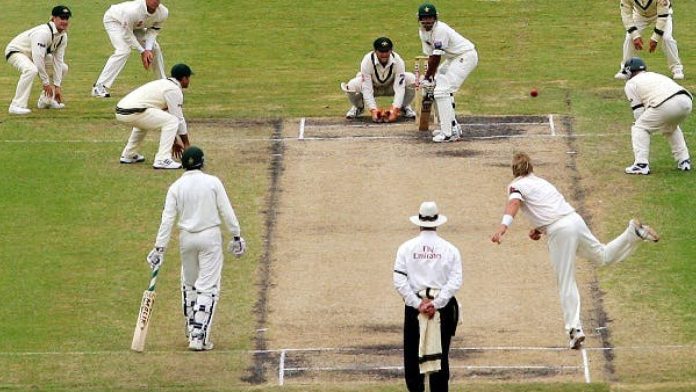 Recently, Sri Lanka was bowled out in just 23 overs by Australia in a Test match which has sparked curiosity among cricketing fans about the least number of balls faced by a team in a Test match. Here, we have compiled the list of top 8 teams who were once dismissed at measly scores by the oppositions. You might be surprised to know that behemoths like South Africa, Australia, England and India are part of this list that features the teams which have faced the least number of balls in an inning.

The least number of balls faced by the International teams in Test matches are:

South African cricket team is now known as one of the best Test-playing nations. Currently, they rank at the number 2 position in the points table for World Test Championship 2023. However, many might not know that the Proteas team was once subjected to utter humiliation in a Test match against England in 1924.

It was the first Test of the South African tour of England in June 1924. England batted first in the first Test match of the series and made 438 runs against the lacklustre bowling of South Africa. The English bowlers complimented the efforts of their batters and bowled out the entire South African team in just 12.3 overs or 75 balls for a measly 30 runs. Arthur Gilligan and Maurice Tate were the only bowlers that needed to bowl for England. Gilligan took 6 wickets while Tate sent back 4 batters.

Unfortunately, South Africa features twice in this list, with a measly score of 30 runs. In the first Test of the 1896 tour, South Africa was bowled out on 30 runs in just 94 balls by the English bowlers. It happened in the fourth inning of the Test match when South Africa was chasing 319 runs to win the game.

Four South African batters were dismissed for ducks, and none of the Proteas batters crossed 10 runs in the inning. South Africa lost the match by 288 runs. George Lohmann was the star for England as he took 8 wickets. Davenport and Hayward also took one wicket each for England.

England, the team responsible for the top two scenarios in this list, is seated at the third position itself. Technically, it’s a tie between England and South Africa for the 2nd spot as England also faced 94 balls against Australia in the second Test match of the series in 1902. The incident happened in the second inning of the Test match.

Gilbert Jessop was the only English batter to show any resistance against the relentless Aussie attack. Monty Noble and Hugh Trumble were the stars for the Australian side. Noble bowled an exceptional spell to dismiss 7 batters while Trumble picked 3 wickets. Australia won the match by 229 runs. 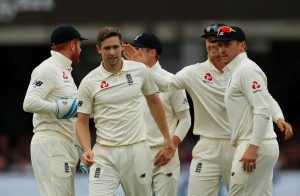 Ireland, the neighbour of England, was not treated nicely by the English players in 2019. The English attack comprising Stuart Broad and Chris Woakes wreaked havoc against the feeble batting line-up of Ireland. Chris Woakes took a total of 9 wickets in the match while Stuart Broad accounted for the dismissal of 7 batters.

Only one Irish batter, James McCollum, could cross the mark of 10 runs in the fourth inning of the Test match when Ireland was bowled out for just 38 runs. In the end, England won the match by 138 runs and established utter dominance against their neighbours.

Now, it’s England’s turn to pay back the Australians for making them feature in this list in the third spot. In the first Test of England tour of Australia in 1936, England batted first and posted a massive total of 358 runs. In reply, the Aussies scored 234 runs and conceded a lead of 124 runs.

In their second inning, England posted 256 runs to set a target of 381 runs against the Kangaroos. Four Australian batters were dismissed for a duck. We don’t know what’s the deal with four batters being dismissed for zero when a team is facing quite a low number of balls. Well, anyway, Gubby Allen was responsible for the catastrophe that had befallen Australia. He picked a fifer in the fourth inning.

India is almost on every cricketing list due to the amount of cricket that this team plays. In the 2nd Test match of India’s tour of England in 1974, India was asked to follow on after being dismissed for just 302 runs against the massive total of 629 runs posted by England. The Indian side, led by Ajit Wadekar, was clueless during the follow-on that England had imposed.

Sunil Gavaskar, the prolific Indian batter, scored only 5 runs. Eknath Solkar was the only Indian batter to score in double digits. He remained unbeaten while other Indian batters were being dismantled by the English pair of Geoff Arnold and Chris Old. Together with Arnold and Old England ran through the Indian batting line-up. Arnold picked 4 wickets, and Old grabbed a fifer in the inning. England won the match by 285 runs.

Australia toured South Africa in 2011 with the likes of Shane Watson, Ricky Ponting, Micheal Clarke, Micheal Hussey, Mitchell Johnson and Nathan Lyon. The Australian squad looked like it could overpower the South African team to register a series victory in the backyard of Proteas. However, the Kangaroos were reduced to an item of mockery in the first Test itself.

Australia had gained a massive lead of 188 runs after the completion of the first innings for both teams. The Aussies were high on confidence, but the South African team had plans to completely annihilate the Kangaroos in a destructive manner. The likes of Philander, Steyn and Morkel wrapped the Australian inning in just 180 balls for 47 runs. The South African team chased the target of 236 runs with 8 wickets to spare to win the match.

Mitchell Johnson, known for his bowling prowess, was the top scorer for Australia with 13 runs. The Aussie captain Micheal Clarke was the only other batter to register a score in double digits. Mark Wood and Steven Finn were also among the wickets. Both of them took one wicket each in the Test match that England ultimately won by an inning and 78 runs.

Also Read: Top 11 Partnerships in Test Cricket Which Were Game-Changing