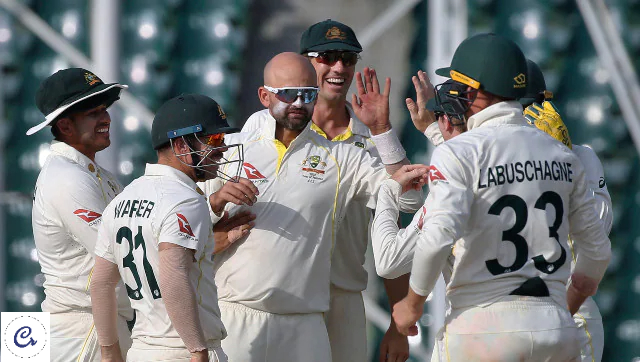 Australian spinners Mitchell Swepson and Nathan Lyon completely rattled the Sri Lankan batting line-up in the first Test of the series. Even the part-time bowler Travis Head claimed four wickets in the second inning of Sri Lankans. Who would have thought that the Sri Lankan players who are considered to be highly proficient against spin bowling would crumble against the Australian spinners in the Test match? 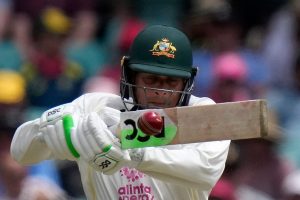 Sri Lankan captain Dimuth Karunaratne had won the toss and opted to bat first in Galle International Stadium. Pathum Nissanka and Karunratne promised a fruitful start to the Sri Lankan inning, but after their partnership was broken, other Sri Lankan batters found it hard to carry the momentum of the inning.

The first blow to Sri Lanka was dealt by the Captain Cummins of Australia. Following that, the game was all about the spinning duo of Nathan Lyon and Mitchell Swepson. Together they broke the spine of Sri Lankan batting by picking up 8 wickets. Nathan Lyon picked a fifer while Swepson went back to the pavilion with his three in his bag. Mitchell Starc also took a wicket, and Sri Lanka finished with 212 runs on the board in the first inning. Niroshan Dickwella was the top scorer for Sri Lanka with 58 runs.

Trailing the below-par score that Sri Lanka had set, Australian batters established with their performance that Sri Lanka stays on the backfoot. Usman Khwaja played a brilliant knock of 71 while Cameron Green top-scored for the Kangaroos with 77 runs. Alex Carey’s burst at the end ensured that Australia finished with a healthy lead of 109 runs.

After conceding a massive lead in the first inning, Sri Lanka needed something special from their batters to turn around the match. However, it proved too much of a task against the Australian spinners, who were in no mood to let the game slip away from their hands.

Nathan Lyon again bowled an exceptional spell and took 4 wickets, while Travis Head also surprised everyone by dismissing 4 batters. The spinners picked up all 10 wickets of the Sri Lankan batters as Swepson also took 2 wickets.

Sri Lanka had set a target of 5 runs for Australia after being all out for 113 runs in the second inning. Australia easily reached the target as David Warner smashed a four and six to finish off the match.