Asia Cup 2022: Sri Lanka to Host the Event from August 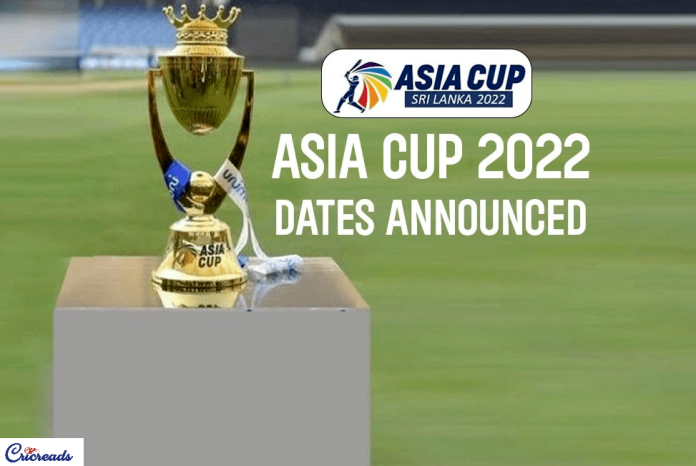 Asia Cup 2022 will be hosted by Sri Lanka later in the year, from 27th August to 11th September. The tournament was earlier scheduled to take place in Sri Lanka in 2020, but due to the Coronavirus pandemic, it was delayed twice in two years and finally, the rescheduled Asia Cup 2022 is all set to begin in August in Sri Lanka.

The decision for the finalisation of the Asia Cup 2022 venue, format and schedule was taken at Asian Cricket Council held in Colombo on 19th March. It was also decided that Jay Shah’s tenure as the president of ACC will be extended till the next Annual General Meeting in 2024.

Sri Lanka retained their rights of hosting the Asia Cup from 2020, and Pakistan will be hosting the next edition of the Asia Cup in 2023. The tournament will be a T20i affair for which the qualifiers will begin from 20th August.

Till now, India has been the most successful team in Asia Cup, having won the competition on 7 occasions out of 14 seasons of the tournament held so far. Asia Cup 2022 will feature six teams, including India, Pakistan, Sri Lanka, Bangladesh, Afghanistan and a team from the qualifiers.

Also Read: India Cricket Team Should Invest In These 6 Spinners For Future