India Cricket Team Should Invest In These 6 Spinners For Future 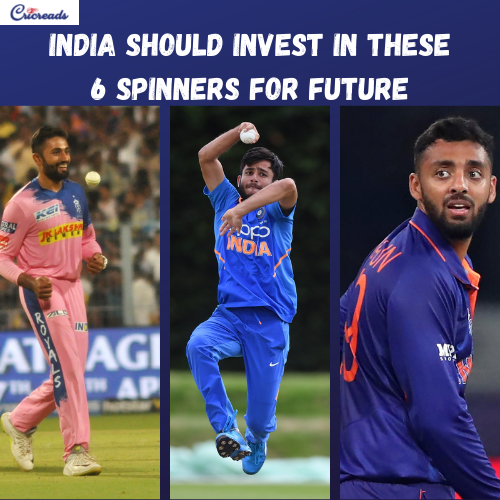 India Cricket team is going through a rough phase, where they have abundance of spinners but still either they are unable to fit them in squad or the bowler is out of form or any other reason. Ravindra Jadeja has been out of cricket due to his injury. This raised many questions of a quality spinner in the side. India brought Ravi Ashwin back into the side and even tried  Kul-Cha ( Kuldeep & Chahal). Yet, India is unable to leave an impact of their specialty of spin in the minds of opposition batsmen.

We believe India should now start investing in future young probable spinners and think for a long run. Those probable spinners who’ll leave an impact should be considered rather than exploring and giving uncountable chances to their pre-set spinners.

The 21 year old wrist spinner was the part of 2020 U-19 India, where he was the highest wicket taker having 17 wickets in 6 games. The young spinner has impressed many cricket experts with his fingers magic. He has taken 24 wickets in 23 IPL matches at an average of 25.25 and strike rate of 21.75. He is still young, and if groomed well then can do the wonders for India at international stage. 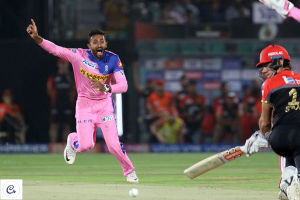 Karnataka spinner has done everything possible in his capability to feature for Indian team, however he is still unnoticed. He has produced results consistently in list a and T20 cricket. Moreover, he took a hattrick against RCB which included the big names- Virat Kohli, AB de Villiers & Marcus Stoinis. India needs to cash in this spin option talent super soon.

Rahul Chahar has received only a limited chances for Indian team, 1 ODI & 6 T20i match to be specific where he had an economy of 5.4 & 7.59 respectively. He took 3 wicket haul in his maiden ODI and we think he will soon be playing for India regularly. 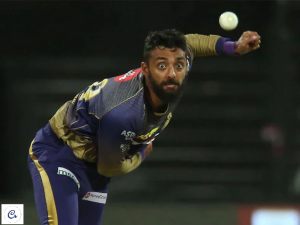 The off-spinner has been selected in the side numerous time for T20i due to his mystery spin in IPL, however he failed to qualify the fitness test multiple times. In 6 T20i, he got only 2 wickets in his pocket. Although, he never leaks too much run either with a wicket or remaining wicketless. He has an economy of 6.82 in IPL.

Washington Sundar or economical Sundar, who holds an impressive economy rate around 7 across formats. In IPL, we have seen his abilities in RCB where he develop pressure with his tight lines on the batsmen, which persuades them to play a wrong shot and fall in his trap. Washington Sundar can also be an idea replacement of Jadeja due to his batting capabilities.

Born in Meerut cricketer Harpreet Brar, Left arm spin bowling allrounder can be a good replacement for Jadeja in the future. He made his debut against Delhi Capitals for Punjab Kings in 2019 IPL. His iconic figures for 3-19 vs RCB where he took 3 massive wickets of Kohli, AB Devilliers and Maxwell made him popular.

We believe Indian should bank on those spinners who do not leak much runs as that will lead to fall of oppositions wickets. As Dhoni says- Follow the process and results will prevail.