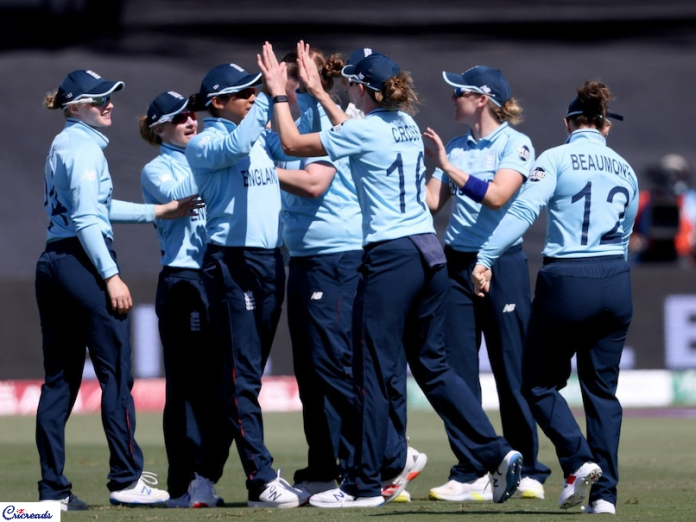 England Women has thoroughly outplayed India in all the departments to ensure an uplifting victory by 4 wickets in Match 15th of the Women’s Cricket World Cup 2022. England comfortably chased down 135 runs in 31.2 overs to stay alive in the tournament after conceding three consecutive defeats in their first three matches. India still failed to avenge the humiliating loss suffered in the finals of the Women’s World Cup 2017.

England Women won the toss and opted to ball first. The decision made by captain Heather Knights proved to be extremely fortunate for the English side as they outbowled the Indian batters in only 36.2 overs.

India entered the match high on confidence after securing a huge victory against the Caribbeans. However, Smriti Mandhana and Harmanpreet Kaur could not emulate their herculean efforts from the previous game.

Yastika, who provided a blitzing start against the Windies, could only gather up 8 runs before being trapped leg before by Shrubsole. India Women’s Team skipper Mithali Raj yet again failed to leave an impact in the ongoing tournament. She scored a solitary run in five balls to also become a victim of Shrubsole.

Kate Cross ran out Deepti (0), while Harmanpreet Kaur (14) and Sneh Rana (0) were sent to the pavilion by Charlotte Dean. Richa Ghosh (33) put up a resistance but was unlucky as Sciver made a freakish throw to run her out. Jhulan Goswami (20) tried to provide a surge, but it was already too late for the Indians. 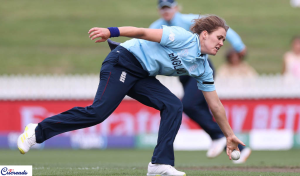 Smriti Mandhan top-scored for India with 35 off 58, while Charlotte Dean picked up four wickets to put England Women in a commanding position. Wickets in quick succession and an absence of a substantial partnership led to India’s abysmal performance with the bat.

England had a few hiccups in the starting phase of their innings. India quickly removed Beaumont and Danielle Wyatt in 3 overs. India fancied their chances a bit by restricting England at 4-2 in 3 overs.

However, Heather Knight (53) and Natalie Sciver (45) formed a 65 run stand for the third wicket to grasp the match entirely out of India Women’s Cricket Team. Knight added another fifty to her tally in her International career as England went on to win the game comfortably with more than 19 overs to spare.