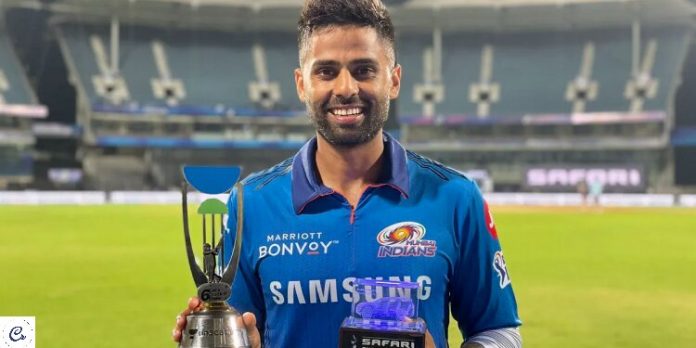 Suryakumar Yadav, the explosive middle-order batter for Mumbai Indians, is confirmed to miss out on the franchise’s first game of the tournament against Delhi Capitals on 27th March at Barbourne Stadium.

The Mumbai Indian batter was expected to get fit by the 15th edition of Tata IPL begins. However, the latest reports suggest that he is unlikely to feature in Mumbai Indians playing xi in the first match of this year’s IPL.

Currently, the star batsman is recuperating at NCA under the guidance of BCCI officials. He will be allowed to play only after his injury is healed and he clears the mandatory fitness tests conducted at the NCA.

Suryakumar Yadav was retained by Mumbai Indians as part of their core before the IPL 2022 Mega Auction. He is expected to shoulder the middle order of five times champions.

The franchise has shown immense faith in him, and the destructive batter will hope to regain fitness before the faceoff against the Rajasthan Royals on 2nd April at DY Patil Stadium.

Suryakumar Yadav has represented Mumbai Indians in 115 IPL games in which he has amassed 2341 runs at an average of over 28 with the strike rate crossing 131.

Recently Yadav has shined with his impeccable hitting down the order against the Caribbeans in T20i series. He smashed 65 in the third and final T20 of the series including six towering sixes.

Mumbai Indians will surely miss out on Yadav’s exceptional work in the middle. However, it will provide them with the chance to try out future prospects in the middle.