Gully to Gabba: The Meteoric Rise of Mohammed Siraj 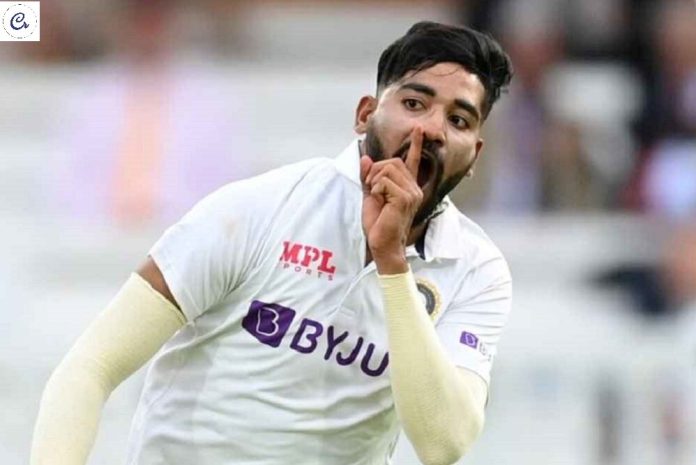 From playing gully cricket in the streets of Hyderabad to leading the pack of Indian bowlers at Gabba, Mohammed Siraj’s spurt in the international arena appears to be ripped straight out of a comic book.

The Diamond in The Rough

Siraj, an autorickshaw driver’s son playing with a washing paddle and a threadbare tennis ball under the catacombs of Hyderabad, where no gleam of hope ever shined, had never dreamt of representing India in his early childhood. Siraj perceived himself as a batter in gully cricket but was exceedingly persuaded by his friends to concentrate more on his bowling.

A natural swinger of the ball, Siraj was predominantly convinced by his brother to polish his skills for professional cricket. However, with no facilities available at his disposal, it was an insurmountable task for Siraj to attain the level of skills required at the international stage. The eponymous of hard work, Siraj continued training day in and day out despite the lack of resources to stay clinging to a flickering hope.

Invited by one of his friends, a member of Hyderabad Cricket Club, to witness their net session, Siraj was handed an unexpected opportunity to bowl to the HCC members. He highly impressed the coaches at the club and ultimately bagged the chance to be a part of the All-India-Under-23 Tournament, held every year to select the squad for the Ranji trophy. 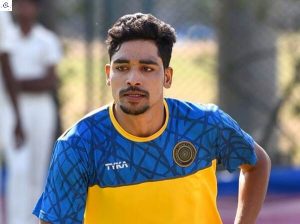 Rewarding Siraj’s relentless backbreaking bowling efforts, Hyderabad Cricket Association included him in the states squad for the Ranji trophy 2015-16. However, he failed to leave an impact in the solitary game he played against Delhi. He could only account for one wicket in the 34 overs he bowled in the match. Subsequently, he was ostracised from the states’ squad by HCA.

A dejected Siraj found the much-needed guidance under the ex bowling coach of the Indian cricket team, Bharat Arun, the Hyderabad coach during 2016-17. Arun nurtured Siraj’s talent and added varieties to his one-dimensional swing bowling. Siraj once again returned to the Ranji squad in 2016-17 and seized 41 wickets in only 9 matches. Being the third highest-wicket taker in the tournament fetched him an IPL contract and International debut cap in the year 2017 itself.

Sprint to The IPL

Fresh of his magnificent bowling performance in the Ranji trophy 2016-17, Siraj garnered some deserved attention at the IPL auction 2017. Listed in the roster for the base price of 20 lakhs, he winded up selling for a whopping 2.6 crores at the auction. Mentor VVS Laxman and David Warner from the SRH camp quoted that Siraj possessed an uncanny skiddy bouncer on top of an excellent inswinger, which ensured that it was entirely worth splurging a massive amount at the auction.

Siraj failed to do justice to his price tag at the IPL 2017 and ended up conceding more than 9 runs per over in the 6 games he was given a chance to unveil his unique talent. However, he continued his dream run in the domestic tournaments and debuted for the Indian team in T20is against the Kiwis in November 2017. He filled in for an injured Ashish Nehra but could not create an impact at all.

Released by SRH, Siraj was again tossed into the pool at the auction for the base price of 1 crore. Former Indian captain Virat Kohli’s commanded RCB, entrusted its future to the young bowling prospect from Hyderabad at the expense of 2.60 crores. Siraj improved every time he stepped foot on the field and did justice to his capabilities in the latest IPL. He has added a deadly yorker to his artillery and conceded under seven runs per over in IPL 2021. He also became the first bowler in IPL history to bowl two consecutive maiden overs at the sports extravaganza. He was retained for 9 crores at IPL 2022 by Royal Challengers Bangalore.

Sailing in The International Waters

After his dismal display in his debut match, Siraj was sidelined for around one and a half years before being given a chance to redeem himself. He was handed his ODI debut cap against Australia in January 2019 at Adelaide Oval. Siraj was highly expensive, giving away 76 runs in his quota of 10 overs, albeit scalping three prized wickets in the process. Until now, Siraj has played 4 ODIs and 5 T20is but is yet to leave a significant mark in the shorter format of the game.

Mohammed Siraj found his true calling in the purest format of the game. Sent as a net bowler on the Australian tour of 2020-21, Siraj debuted for India in the whites in the 2nd test match due to the frontline Indian pacers getting injured. He left a remarkable impression on the cricket pundits in the 4th test match of the tour when he handled the reins of Indian bowling and grabbed a fifer in the 2nd innings at Australia’s fortress Gabba to pave the way for a historic Indian win. 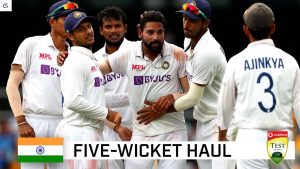 Since then, Mohammed Siraj has been regularly featured in the Indian side in all three formats. We at Cricreads hope that the Indian pacer maintains the tempo to rise in the ranks to achieve more glory moving forward.