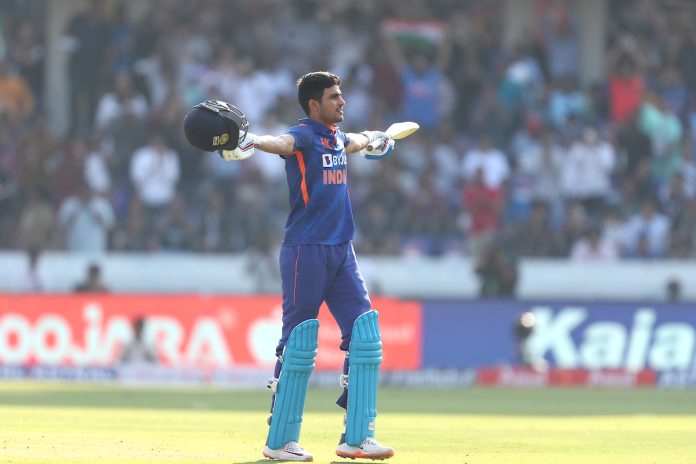 The 3rd and final ODI between India and New Zealand is underway at the Holkar Stadium in Indore, and the young Indian opener, Shubman Gill, is making headlines with his record-breaking performance.

In a match where India’s openers, Rohit Sharma and Shubman Gill, put up a 212-run stand, Gill scored his 4th ODI hundred and 3rd in the last four innings, which includes a double hundred. His impressive century helped India dominate New Zealand in this fifty-over series, as they won the first game by 12 runs, and sealed the series with an eight-wicket win in the 2nd ODI.

But it’s not just Gill’s runs that are making headlines, it’s the records he broke with his ton. The young opener broke Virat Kohli’s record for most runs by an Indian in a three-match ODI bilateral series. Before the match, Kohli held the record with 283 runs against Sri Lanka in the recently concluded series in 2023. However, Gill has now crossed Kohli’s feat as he has scored 360 runs in three matches.

Here are some tweets that laud the young Indian opener:

Gill, who is possibly on course to win the player of the series award for his performance, departs the game for 112 runs off 78 deliveries. Meanwhile, India are 230/2 after 28 overs. With this century, Shubman Gill has proven that he is a player to watch and a future star for the Indian cricket team.