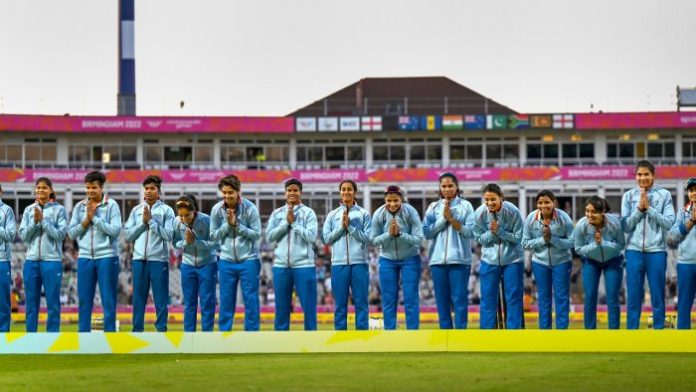 India Women played the final of CWG 2022 against Australia Women at Edgbaston on 7th August 2022. The match was controlled by the India women for the most part of the game. However, Australia Women kept their nerves to pull off a massive victory at the end.

The Indian team had won the toss and opted to field first. Australia scored 161/8 in 20 overs. Beth Mooney was the top scorer for the Australian side with 61 runs off 41 balls. The Australian skipper Meg Lanning also played a crucial knock. She added 36 runs to the team’s total. Ashleigh Gardner and R Haynes also contributed with 25 and 18* runs, respectively. Tahlia McGrath, who was allowed to participate in the finals despite being tested positive for coronavirus, could only score 2 runs off 4 balls.

Also Read: Six-Team Women’s IPL from 2023? Everything You Need to Know

For the Indian team, Sneh Rana and Renuka Singh Thakur were the stars with two wickets each. Deepti Sharma and Radha Yadav also managed to pick one wicket each. At the halfway mark, India would have fancied their chances with 162 runs to chase.

However, the Indian start was not up to the mark. Smriti Mandhana and Shefali Verma departed quickly during the chase. They contributed only 17 runs in combination. Harmanpreet Kaur and Jemimah Rodrigues showed excellent grit by taking the initiative. They counterattacked and made it feel like India Women would sail through the finals.

India suffered a heartbreaking collapse from 118-2. Suddenly the team was reduced to 121-5 with Harmanpreet and Jemimah back in the dugout. After that, the Australian pounced up on the chance of securing a victory. India lost the game by 9 runs despite Harmanpreet’s brilliant 65 runs.