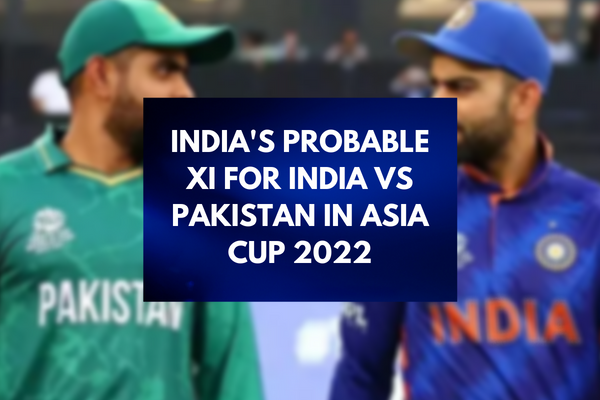 Asia Cup 2022 is all set to begin on Saturday 27th August 2022. The tournament returning after four years of a break due to coronavirus will be played in T20 format. A total of 6 teams, including India, Pakistan, Sri Lanka, Afghanistan, Bangladesh and one more team from Singapore, Kuwait, UAE and Hongkong, will take part in Asia Cup 2022. The tournament, which will be played in a round-robin format, will be special because India and Pakistan are going to face each other for the first time after T20I World Cup 2021 on 28th August 2022 at Dubai International Cricket Stadium.

Pakistan completely defeated the Indian cricket team in the World Cup with the help of dominating performance from Shaheen Afridi, Babar Azam and Mohammed Rizwan. Indian will be looking to pay back for the humiliating defeat and this will be their last chance before the next T20I World Cup in Australia.

The Board of Cricket Council of India has already announced a 15 men’s squad for the Asia Cup. Rohit Sharma will be leading the Indian side, and KL Rahul is going to serve as his deputy. Virat Kohli is also marking his return to the Indian time after skipping the series against West Indies and Zimbabwe. Axar Patel, Shreyas Iyer and Deepak Chahar have been named as standbys, while the premium Indian pacers Jasprit Bumrah and Harshal Patel have missed out due to being injured.

Here is the full squad:

You can notice by looking at the squad that the Indian selectors have shown their faith in players who have performed exceedingly well in the last couple of T20 series. These players, along with the seniors like Kohli and Sharma, will become the key to India’s success at Asia Cup. Here’s how the Indian team is probably going to look against their arch-rival Pakistan in Asia Cup: 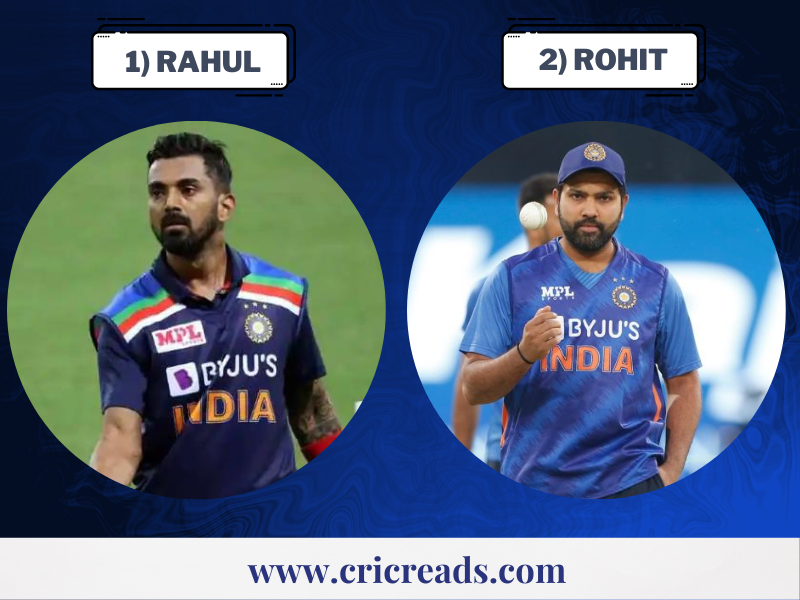 It is a known fact that the Indian skipper Rohit Sharma will be the one to start the attack from the front against Pakistan in Asia Cup 2022. He will be accompanied by his partner in crime, KL Rahul, who has returned to cricket after fighting a long battle with an injury. Indian selectors have not gone for Shikhar Dhawan, which makes it apparent that they have put their faith in the opening pair of Rohit and Rahul in the Asia Cup. 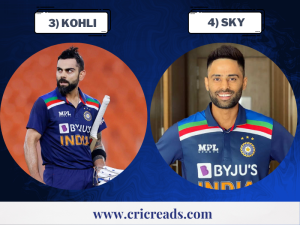 Virat Kohli, the former Indian skipper, was the highest scorer for India when India faced Pakistan in the T20I World Cup 2021. He was the only batter who showed grit and determination while others fell like a deck of cards. Even though he is not in the best of his form, he is expected to score big against the arch-rival Pakistan. Succeeding Kohli at the crease will be Suryakumar Yadav at number four. It’s a no-brainer to have him in the team as he is batting wonderfully at the moment. His recent century against England in T20I proved that he is the player to bank on in the future. 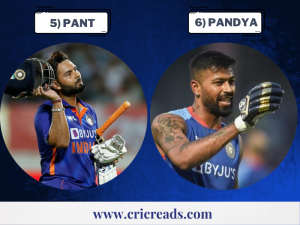 Rishabh Pant, the young wicket-keeper, is most likely to get preference over Dinesh Karthik in the important fixture against Pakistan in Asia Cup 2022. Pant is most likely to bat at number 5 and execute the role of a progressive finisher. After Pant, we are almost completely sure that Hardik Pandya will be the one to walk out and bat for India at 6th against Pakistan in Asia Cup 2022. Pandya is in sublime touch, and with his all-around skills, he is an indispensable asset for the Indian team. 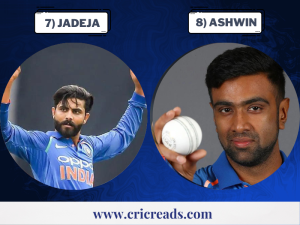 The Indian spinning duo of Ravindra Jadeja and Ravi Ashwin are the ones who will take up the 7th and 8th positions in the team against Pakistan in Asia Cup 2022. Jadeja will serve as a finisher and a left-arm spinning option, while Ravi Ashwin can also swing his bat when needed. He has proved that he is not a mutt with the bat in hand. Ashwin will also be crucial in the bowling department for India. His off-spin can be a great weapon against the left-handers in the Pakistani team. 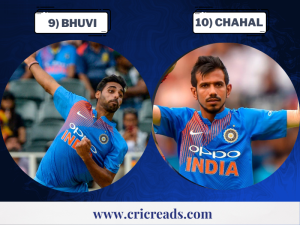 Bhuvneshwar Kumar will be the leader of the Indian bowling attack in the absence of his partner Jasprit Bumrah. Bhuvi was excellent against England, and India will expect that he replicates the same success against Pakistan in Asia Cup 2022. While Bhuvi will be the main pace bowler, Yuzvendra Chahal will be India’s ace in the spinning department. Chahal is growing as a player. He was a treat to watch against England and West Indies. He will be eager to perform well against the arch-rivals, Pakistan. 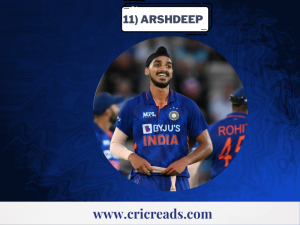 Last but not least, Arshdeep Singh is a youngster who is quietly becoming one of the biggest assets for the Indian team in T20Is. He is brilliant with the bowl in hand. Kris Srikkanth, a former Indian player, has said that Arshdeep will become the future number in the T20I bowlers ranking. It’s quite a big praise, and Arshdeep has earned it with his hard work. The youngster will definitely be India’s surprise package against Pakistan in Asia Cup 2022.