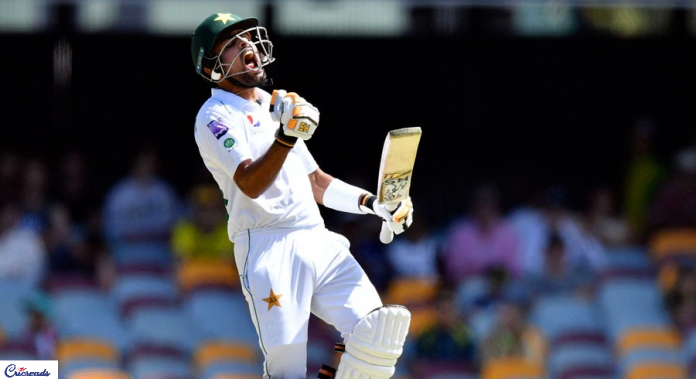 Pak vs Aus, the 4th day of the 2nd test, witnessed the modern-day genius Babar Azam’s brilliance while chasing a mammoth 506 runs in the fourth innings of the test match.

Babar Azam is currently playing on 102* as Pakistan scored 192-2 at stumps on the fourth day. Pakistan is still trailing by 314, and the Pakistani skipper will look to emulate his fourth-day heroics against the formidable Australian bowling line-up on the fifth day to register a historic win.

Australia declared their innings after Labuschagne fell on 44 against Shaheen Afridi in the first session of the fourth day. Khwaja remained unbeaten on 44* to continue his dream run this year’s tests.

Australia declared on 97-2 in 22.3 overs in their second innings to post a colossal target of 506 runs for the exhausted Pakistani batting line-up.

Pakistan faltered at the beginning of their innings, and they lost the centurions from the first test match, Imam-ul-Haq and Azhar Ali under 21 runs while chasing an enormous amount of runs. 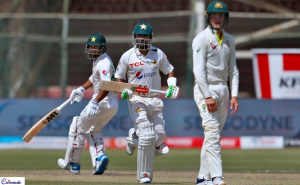 However, Babar Azam (102*) arrived on the crease with utmost positivity and started counterattacking the Kangaroos. His stroke play made it visible that he is gunning for the win against Australia in 2nd test. Azam’s approach made it clear that the lethal Australian bowling attack did not rattle him.

He combined with Shafique (71) to form an unbeaten 171 runs partnership for the third wicket. The duo played their shots and infused newfound energy into the Pakistani camp. They have ignited hopes for a Pakistan win on the 4th day out of nowhere.

Can Babar Azam and Abdullah Shafique pull off a VVS Laxman and Rahul Dravid reminiscing heroics at National Stadium in Karachi?