PAK VS AUS: Babar and Rizwan’s Heroics Led to A Sensational Draw 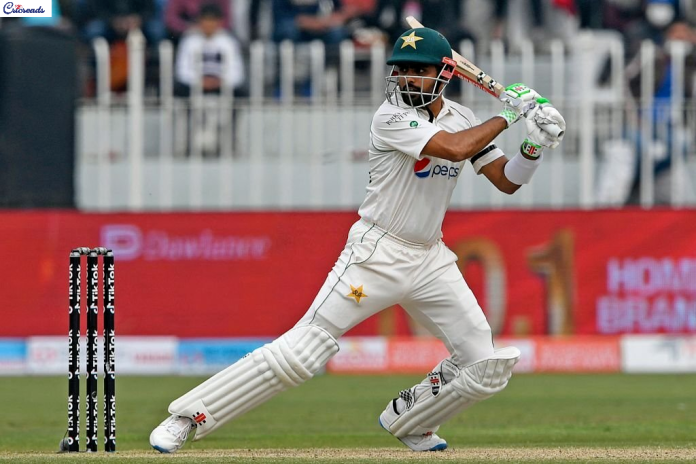 The Pakistani Captain, Babar Azam, scored the highest fourth-innings score ever by a skipper in the Test Match history when he notched up 196 runs, including 21 fours and a towering six against the Australian Cricket Team on the gruelling fifth day.

Mohammad Rizwan scored an unbeaten century to ensure that Pakistan stayed in the hunt for the record run chase even after Babar’s dismissal.

Babar Azam has once again proved his mettle as one of the best batters in modern-day cricket. He kept Australia on their toes for most of the last day by gunning towards the highest ever run chase in Test cricket history. His 228 runs partnership with Shafique was the turning point of the game. The duo turned the match on its head and made the colossal task in front of them to be achievable.

Here’s how the day panned out:

At stumps, on day 4, Pakistan was 192-2 with Shafique on 71* and Babar Azam on 102* still on the crease. On day 5, Azam and Abdullah started from where they left off last evening. The two continued extravagant stroke play to offer no chances to the Pat Cummins led bowling attack.

An opportunity knocked on Australia’s door to breach the Pakistani defences when Shafique reached the nervous nineties. Australia pressured Shafique by not giving him easy singles, which kept mounting with every dot ball. In the end, he chased a wide one in hopes of reaching his hundred quickly. However, he only ended up edging the ball on 96 runs to get caught by Steven Smith. 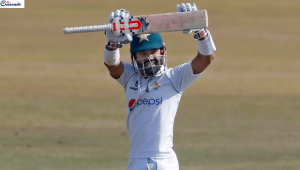 Following Shafique, Fawad Alam departed soon, and Babar Azam too got dismissed for bringing another twist in the story of this historic test match. After Azam, Nathan Lyon sent back Faheem Ashraf and Sajid Khan in quick succession to get Australia back into the game.

However, Mohammad Rizwan steadied one end and kept going strong to bring up his second test hundred. Rizwan’s innings came at a very crucial juncture when Australia had their tail-up with the new ball in hand. He scored an unbeaten 104 runs, including 11 fours and a six, as Pakistan finished on 443-7 at stumps on day 5 while chasing a mammoth 506 runs.

Also Read: Babar Azam or Virat Kohli? Which one is the better batter?