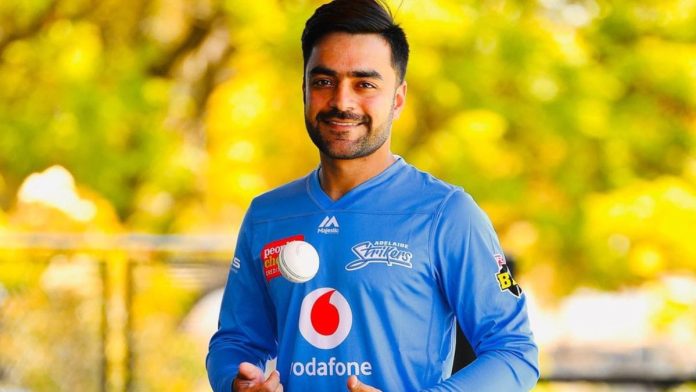 The world of T20 cricket has a new record holder, and his name is Rashid Khan!

The 24-year-old Afghan spin sensation has achieved a milestone that only a select few have reached before him – 500 wickets in T20 cricket.

Rashid has cemented his place as one of the best spinners in the shortest format of the game, making waves in various T20 leagues across the globe. He is the second bowler to reach this landmark, with only Dwayne Bravo having taken more wickets (614) in T20 cricket.

But what sets Rashid apart is his impressive average of 18.10 and economy of 6.30. His 4 five-wicket hauls and 9 four-wicket hauls are a testament to his exceptional skill and consistency.

Rashid made history by taking three wickets against the Pretoria Capitals, while playing for MI Cape Town in the ongoing SA20 tournament. He dismissed Kusal Mendis, Rilee Rossouw and Clyde Fortuin, bringing his wicket tally to 500 in just 371 games.

Here are some tweets:

But that’s not all, Rashid has been appointed as the new T20I captain of Afghanistan, leading his national team to new heights. With his incredible talent and leadership skills, we can expect even more records to be broken by this T20 sensation.