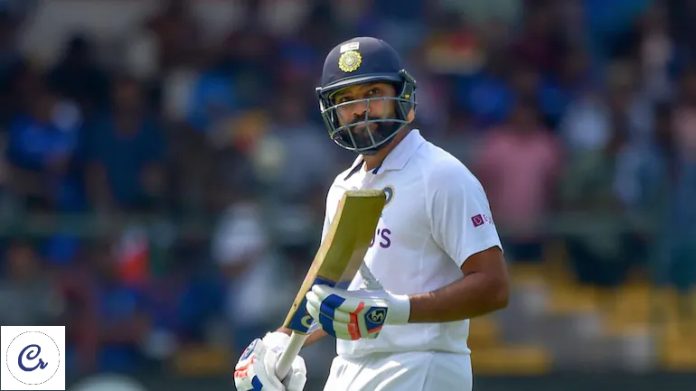 The Indian skipper Rohit Sharma has tested for coronavirus. He became the third player after Virat Kohli and Ravi Ashwin to be tested positive for covid in recent times. However, Kohli and Ashwin have already recovered from the virus. Rohit Sharma was declared positive when a rapid antigen test conducted on Saturday showed that he is affected by the COVID-19. An RT-PCR test will be conducted on Sunday to determine whether the Indian captain is really positive for the virus or if it was a false alarm. It will also help in analysing the severity of his situation. Rohit Sharma was involved in a warm-up game against Leicestershire. He did not bat on the third day of the Test after the result for covid came positive. In the first innings of the warm-up game, he had scored only 25 runs. Speculations have started to emerge about who will captain the Indian team if he is not able to recover before the 5th Test against England.

The 5th Test match between India and England is scheduled to be played from 1st July 2022 at Edgbaston Stadium in Birmingham. India currently leads the series by 2-1 and stands a chance at winning a Test series in England after 15 years. However, if Rohit Sharma does not recover, India’s dream may not be realised. India has not selected another specialist opener in the squad to replace Rohit Sharma. KL Rahul had been sidelined due to an injury. Only Shubman Gill is left as a genuine opening option for India. 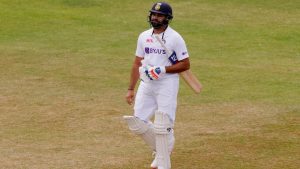 Who will open the innings against England if Rohit doesn’t recover? A big question, along with who will be handed the reins of the Indian team. Last year Rohit was the most successful batter for India against England in the series. He amassed 368 runs at an average of 52.27. The Indian captain also had a century to his name. India will surely miss his services if he doesn’t recover in time.

Previous article
All You Need to Know about Yash Dubey: The Centurion in Ranji Trophy Final
Next article
Kohli or Bumrah, Who will Lead the Indian Team in Absence of Rohit Sharma