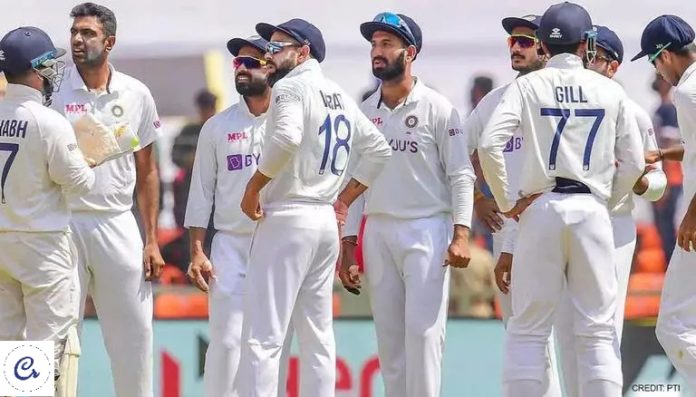 India and England will clash against each other from 1st July 2022 to bring a conclusion to the Test series that began in 2021. India is currently leading the series by 2-1 and has a golden chance of registering a Test series win in England after 15 long years. The 5th Test match of the series will be played at Edgbaston Stadium in Birmingham. BCCI had announced a 16-man squad for the 5th Test. These players are currently involved in a warm-up game against Leicestershire, which will help in determining the Indian playing eleven that will go against the English line-up in the 5th Test.

India’s squad for the 5th Test:

India’s Probable Eleven against England for the 5th Test: 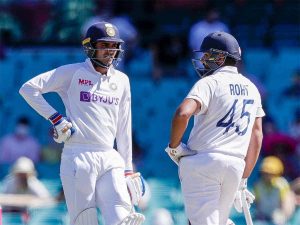 Rohit Sharma and Shubman Gill are most likely to form the opening pair against England. Rohit’s place is guaranteed since he is the captain of the Indian team. Shubman Gill is likely to get the nod ahead of other players as he is the only established opener in the Indian squad besides Rohit Sharma. The duo did not fare well in the warm-up game against Leicestershire, but the Indian team will be hoping for a good outing for them in the 5th Test.

Cheteshwar Pujara is the best bet for India to make runs against England. He recently had a fabulous county stint in which he scored 672 runs at an average of 134.4 in just seven innings. The right-handed batter has returned to the Indian side and stands a great chance at displacing Hanuma Vihari from the number three spot.

Virat Kohli will undoubtedly play at number four. He is a veteran on the side whose position cannot be questioned due to the experience, skill and energy he brings to the Indian team. He looked solid against Leicestershire in his short inning. He scored 33 off 69. The fifth spot will be a toss-up between Hanuma Vihari and Shreyas Iyer. However, the team management will most likely go with Hanuma Vihari considering Iyer’s bad form in the recent outings for India.

Read More: 16 Probable Players Who Can Represent India in the T20 World Cup 2022 Rishabh Pant is India’s first choice for wicketkeeper batter in the longest format of the game. He is playing from the LCCC team in the warm-up game. The alternative to Pant is Srikar Bharat, who is currently on a roll in the warm-up game. Bharat is unbeaten on 70* at the moment of writing this article. However, Pant will prevail over him due to his past performances in overseas conditions for India.

Ravindra Jadeja and Ravichandran Ashwin have been brilliant for India in the longest format of the game for quite some time now. Without any questions, they will walk into the Indian playing eleven. Ashwin recently caught covid and had to skip the warm-up game, but he is expected to recover by the 5th Test starts. The two can rescue India if a collapse happens and will also serve as the frontline spinners.

Jasprit Bumrah and Mohammed Shami are two of India’s premium bowlers in the longest formats of the game. It’s a no-brainer that these two will be included in the playing eleven. The last spot, according to us, will go to Prasidh Krishna due to the extra bounce he can generate on English pitches with his pace and height. Prasidh is bowling wonderfully in the warm-up game, so he is expected to get the nod ahead of Umesh Yadav and Mohammed Siraj.

Previous article
16 Probable Players Who Can Represent India in the T20 World Cup 2022
Next article
All You Need to Know about Yash Dubey: The Centurion in Ranji Trophy Final