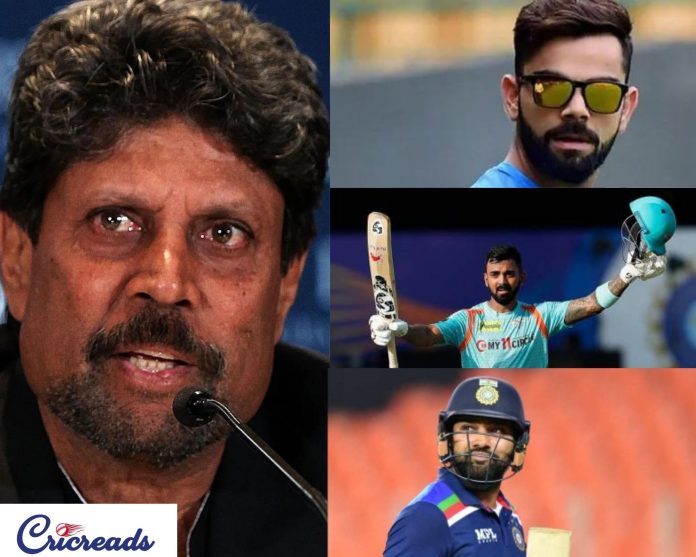 Legendary World Cup-winning captain and all-rounder for India Kapil Dev have criticised the famous Indian trio of Virat Kohli, KL Rahul and Rohit Sharma on the YouTube channel Uncut. He seemed utterly disappointed with their approach in the shortest format of the game.

Recently, Virat Kohli and Rohit Sharma had one of their worst IPL seasons in which they averaged below 30, and their strike rates were also not up to the standards. KL Rahul, on the other hand, finished as the second-highest run-getter in the IPL 2022, but his strike rate was a heavy point of concern. Kapil Dev was not impressed with any of them in the IPL.

Kohli, Rohit and Rahul are supposed to be India’s choice for the top three for the T20i World Cup, which is scheduled to be played later this year in Australia. Before that, India will play a few T20i series to get into the groove. KL Rahul will lead the side in a five-match T20i series against South Africa, where Kohli and Rohit have been rested.

Just before the series Kapil Dev has come out to share his opinion. He feels that the Indian trio is too concerned about getting out and refrains from playing the fearless cricket, which is the demand of T20i. He also believes that BCCI can make changes to the top three before the T20i World Cup. 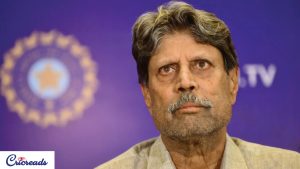 Here’s what Kapil Dev said, “They have a big reputation, and there’s huge pressure on them, which shouldn’t be the case. You have to play fearless cricket. All of these are players who can hit at a strike rate of 150-160. Whenever we need them to score runs, they all get out. When it is time to take off (in the innings), they are out. And that adds to pressure. Either you play an anchor or you play striker.”

On KL Rahul, Kapil Dev said, “When you talk about KL Rahul, if the team tells him to play the entire 20 overs and you come back with a score of, say 60 not out, you’re not doing justice to your team.”

Kapil Dev believes that the Indian team needs to change their approach. He further added to his comments, “I think the approach needs to change. And if it doesn’t, you have to change the players. A big player is expected to make a big impact. Having a big reputation is not enough, you also have to deliver great performances.”