When Ravi Shastri Lost His Cool on MS Dhoni: A Defining Moment for India’s Cricket Team

Despite his impressive career, MS Dhoni's downfall towards the end of his international career was his slow run rate. This led to a defining moment for both Dhoni and former India head coach Ravi Shastri. 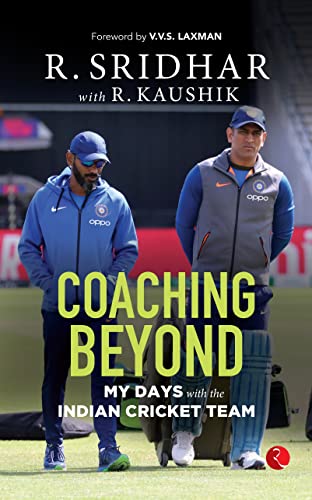 MS Dhoni, one of the most iconic and influential cricketers in history, is known for his captaincy skills and his ability to finish matches. He had a career that many would consider exemplary.

However, towards the end of his international career, there was one area where he struggled – his slow run rate. This led to a number of defeats for the Indian cricket team. One such occasion, in particular, stands out in the mind of former India fielding coach R Sridhar.

In his recent book, “Coaching Beyond: My Days with the Indian Cricket Team,” Sridhar recounts a match that took place during India’s tour of England in 2018, where the Men in Blue had won the T20I series and started off well in the ODI series as well. However, in the second ODI, England levelled the series due to MS Dhoni’s slow approach, which led to India’s defeat.

India needed 133 runs to win off eleven overs. However, due to Dhoni’s slow batting, the team managed only 20 runs in the next six overs, resulting in a loss. Although Dhoni completed his 10,000 ODI runs, his approach did not sit well with then head coach Ravi Shastri, who lost his cool and blasted the CSK star in the dressing room.

“Ravi was fuming. He was angry because of the lack of a fight. He stormed into the dressing room, where all players and staff members sat in silence. Ravi locked his eyes on MSD and said, ‘No matter who you may be, there should not be another occasion when we lose a match. We should be trying to win it. It will not happen on my watch. And if anyone does it, that will be the last bloody game of cricket they will play under my watch. You can lose a cricket game, no shame in that, but you will not lose like this.’”

Sridhar also revealed that Dhoni maintained eye contact with Ravi throughout his speech and didn’t flinch once. The incident shows how even the greatest cricketers can have weaknesses. However, it also highlights the high standards and expectations that Ravi Shastri had for his team, and how he was willing to hold even the most accomplished players accountable for their performances.

Previous article
“Cricket is not a simple game. One has to be athletic…” Kapil Dev’s straightforward take on India’s recent spree of injuries
Next article
ICC Reveals Men’s T20I Team of the Year: Virat Kohli, SKY and Hardik Pandya are the 3 Indian Players Included