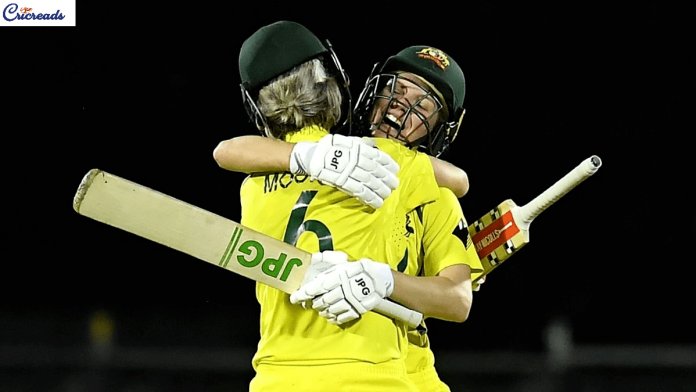 Australia Women defeated India Women in a last-over thriller at Eden Park, Auckland, by 6 wickets to register their 5th consecutive win of the tournament.

India Women set a total of 277/7 when invited to bat first at the toss by Australian skipper. India fancied their chances with a good score on the board, but Australia Women are at the peak of their performance and somehow managed to overcome the total with 3 balls to spare in the 50th over.

Batting first, India Women lost their openers Mandhana and Shefali early in the innings. However, Yastika and Mithali steadied the ship for India, but their batting strike-rates were not up to the mark. Both of them notched up individual half-centuries but took too many deliveries against an opponent, which chases at a fierce rate.

Mithali Raj took 96 balls for her 68 while Yastika hogged 83 deliveries for 59 runs. At one point looked like finishing under 250, but Harmanpreet Kaur blasted an unbeaten 57* off 47 to take India to a respectable total. Pooja Vastrakar also lent a helping hand to Kaur as she smashed 34 off 28, including two massive sixes.

With the bowl, Darcie Brown was the star for Australia; she picked up three crucial wickets. Alana King also dismissed two batters, including the well-set Indian captain, Mithali Raj. 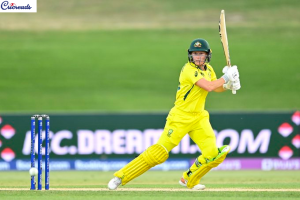 Australian chase looked extremely comfortable initially, with Alyssa Healy and Rachael Haynes dominating the proceedings at the top. The duo formed an explosive stand of 121 runs in just 19.2 overs for the first wicket. In her enterprising knock, Alyssa notched up another half-century and scored 72 off 65.

India tried to slow things down a bit in the middle after the dismissal of Healy, but Mag Lanning kept the scoreboard ticking at an acceptable rate to keep the chase under control. However, Lanning was dismissed three short of her hundred by Meghna Singh to bring India Women back into the game.

Due to Ellyse Perry’s slow innings, Australia Women found themselves in an awkward position at the end. Finally, with Beth Mooney and Tahilia Macgrath on the crease, the equation was 8 runs off 6 balls against Jhulan Goswami in the final over. Goswami failed to land her Yorkers and conceded two boundaries in the first three bowls to hand the win to Australia Women.