All You Need to Know about Renuka Singh, Premier Fast Bowler of Team India 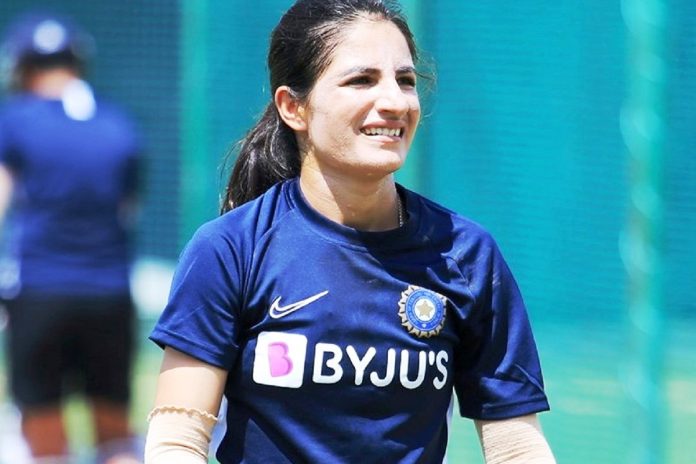 Renuka Singh made headlines with her stellar performance in the recently concluded 2nd ODI against Sri Lanka. She was named player of the match for her excellent bowling effort. Renuka Singh dismissed four Sri Lankans to help India clinch the series. The young right-arm medium-fast bowler is emerging as the new superstar for India Women’s National Cricket Team. In this article, let’s trace back the journey of this future superstar for India.

Renuka Singh hails from Shimla in Himachal Pradesh. She was born on 1st February 1996. Her journey toward a successful Indian debut began in the queen of hills. Renuka’s father encouraged her during her childhood to take up cricket as her profession.

However, she lost her father at an early age, leaving her devastated. Nevertheless, she made it her goal to accomplish her father’s dream to see her in a blue jersey for the Indian national team. She practised for countless hours and days to achieve what her father had always wanted.

She started playing for the regional team of Himachal Pradesh in BCCI tournaments. However, her breakthrough performance came in the Senior Women’s One Day League during 2019-20. She was the leading wicket-taker in the competition, with 23 dismissals to her name. 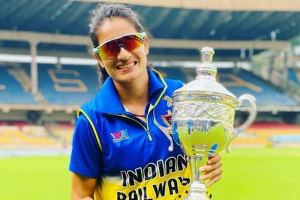 The excellent outing of Renuka Singh in the One Day Cup caught the eyes of Indian selectors. She was called up for her maiden in T20is against Australia. Renuka made her debut in the shortest format of the game in October 2021 against Australia. She played two matches in the series and bowled with an exceptional economy rate of 6.20. However, she picked only one wicket in the series.

Renuka Singh has represented India in 6 T20is so far. Her overall economy is still very good with 6.40, while she has scalped 3 wickets in her international T20 career so far.

Renuka Singh was on the list of probable players for the World Cup and ultimately made her debut for India in ODIs during the Women’s World Cup under the leadership of Mithali Raj in 2022. She was selected in the playing eleven against New Zealand. In total, she played two matches for India at the World Cup. As of now, she has played 4 ODIs, in which she has picked up 10 wickets with an excellent economy of 4.96. She is a promising youngster who can help India lift the World Cup trophy in future.

Cricreads hopes that she becomes a player on whom India can rely.

BCCI Announces Equal Per Match Fee for Women and Men Cricketers: Here’s The New Revised Per Match Salary for the Indian Cricketers

Yastika Bhatia: The Present and Future of India Women’s Cricket