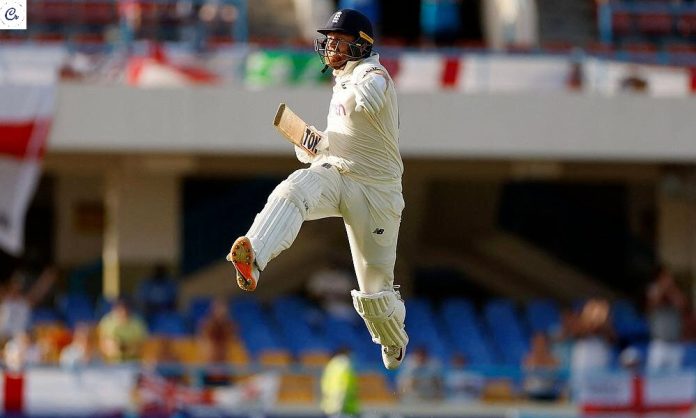 Bairstow prevents collapse against the West Indies in the 1st test at Antigua after England’s top order woes continues to haunt them.

Joe Root, the English skipper, opted to bat first on a track that would most likely keep deteriorating over the course of the match. But his decision backfired when the top 4 of the English batting line-up went back to the pavilion at a measly score of 48.

Entering at 48-4, Johnny Bairstow meticulously tried forging a partnership to strengthen the English batting core. Stokes and Bairstow’s vigilant approach against the seething West Indian attack prevented any further damage in the 1st session of the innings.

The attacking combo of Johnny and Stokes combined together to put up a watchful 9 runs in the first 50 balls of their partnership. England finished on 57-4 at the end of the 1st session. 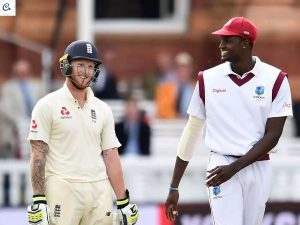 Bairstow coupled with Stokesy to form a solid 92 run stand for the 5th wicket before the latter was cleaned up by Jayden Seales. From 48-4, England reached 130-5 at the end of 40th over.

Ben Foakes, the wicketkeeper-batsman then entered the fray at Antigua and carried on from where the Stokes had left. He scored 42 runs filled with 8 glorious boundaries. Together with Bairstow, he moulded a significant 99 run partnership.

Coming fresh on the back of Test hundred in his previous test match at Sydney Cricket Ground, Bairstow registered another hundred in the tests. His hard-fought, 8th ton rescued England from the depths of Abyss.

He and Woakes stitched a rapid 54 run stand in the last session of the first day. At stumps, England is 268-4 in 86 overs.

At the end of the day’s play, Kemar Roach pointed out that the West Indies thought the pitch would deteriorate considerably more in the 2nd and 3rd sessions than it actually did. West Indies will look to bundle out the English batting pretty early on the 2nd day while England will look to pose a massive score with Johnny Bairstow in lead.