England Test cricket has been evolving rapidly since Brendon McCullum took over coaching the English team in white-ball cricket. Ben Stokes has also played a key role with his excellent leadership skills in setting the team’s tone by example. Their massive success against New Zealand in the Test series has recently sent shivers down the spine of other cricketing nations. The aggressive brand of cricket that they are displaying is fearless and audacious. It was expected since both Brendon McCullum and Ben Stokes are known for their bold striking and decision-making.

Together they have created a positive environment in the team to lift the spirits after having a forgetful experience in the last year or so. Joe Root, who has left the captaincy of England, has also shined in 2022 with the bat. He was England’s hero in the white-wash against New Zealand. Other English players have also shown faith in the ideology of the coach and captain to come out as great pillars of strength for the team.

Brendon McCullum made headlines when he was announced as the coach of the English cricket team in white-ball cricket. At that moment, he was guiding Kolkata Knight Riders in the IPL. Unfortunately, he did not succeed in the IPL but made up for it by coaching the England men’s national cricket team. His ideology of playing with fire has been instilled into the minds and hearts of English players.

England played a positive and aggressive brand of cricket against New Zealand and chased down huge totals in the fourth innings of the 2nd and 3rd Test match to showcase that they are transforming into a team that the world will fear. McCullum was known for his fearless approach when he captained New Zealand while he was playing as a cricketer. It can be seen that the aggression he possesses is still in his veins as England has adopted his sense of going about the business perfectly.

Ben Stokes’ contribution to the success of England Test Cricket: 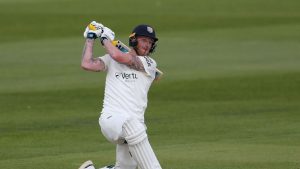 Ben Stokes was handed over the captaincy after the former skipper for the England cricket team in Test cricket decided to step down. Stokes, who is known for his flamboyant playing style, has complimented his coach McCullum in the best way possible. Together they have brought a massive change in the approach of the England cricket team.

They are always looking to win instead of going for a safer option of a draw. England is charged up under the captaincy of Stokes. The players have credited the English skipper for allowing them to play with freedom. He has been vocal about wanting England to play fearless cricket, and his team is resonating with his views.

Contribution of Joe Root and other English Players:

Joe Root is one of the finest batters of England. However, his captaincy was always in question, and he finally decided to focus solely on his batting. Root has demonstrated that he is one of the best in the cricketing world with his outstanding performances against New Zealand that garnered him a player of the series award. He is leading England with his bat. Other English Players like Jonny Bairstow, newcomer Jamie Overton and veterans Anderson and Broad have also shone in the presence of Brendon McCullum and Ben Stokes as coach and captain.