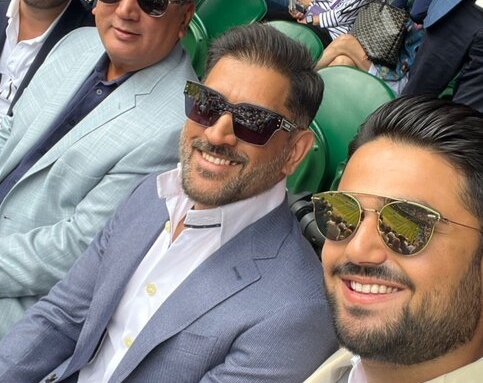 MS Dhoni, the Indian cricketing legend, recently turned 41 on 7th July 2022. India’s most successful captain and perhaps one of the most popular cricketers in the world, MS Dhoni, was present at the quarterfinal of the Wimbledon 2022. A pic from the event is going viral, and netizens are curious about why MS Dhoni was in attendance. Wimbledon’s official Twitter handle tweeted a pic of MS Dhoni from the event.

Why was MS Dhoni at the Wimbledon quarterfinal?

MS Dhoni booked a ticket for the quarterfinal to watch the tennis legend Rafael Nadal in action. Nadal was up against Taylor Fritz. The duo had an exciting match which went down to the wire. MS Dhoni must have enjoyed the game as the fan favourite Rafael Nadal staged an impressive comeback victory in the thrilling quarterfinal. 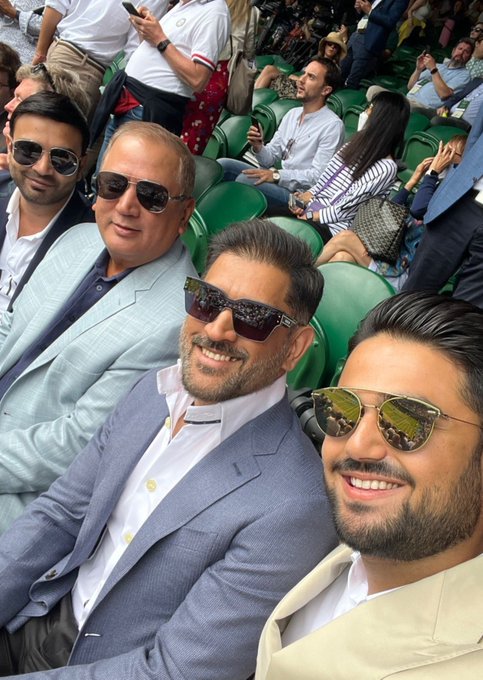 Rafael had to take some time to get medical assistance during the game, but the second-positioned tennis player did not back down from the challenge. The 22 times grand slam champion entertained the spectators by winning the game in the fifth and last set. The tennis match went on for almost four and a half hours.

Apart from MS Dhoni, another Indian cricketing legend, Sunil Gavaskar, also attended the Wimbledon 2022 quarterfinal. England soccer star David Beckham was also in attendance. The match attracted many significant personalities from all over the globe. The official Twitter handle of Chennai Super Kings also shared a pic of MS Dhoni at the Wimbledon quarterfinal.

Meanwhile, Dhoni has turned 41, and wishes are pouring in from his fans all over the world. The cricketing superstar will next be seen on the field in IPL 2023. His team failed to do well in the recent edition of the Indian Premier League, but fans are expecting an epic comeback in the next season.