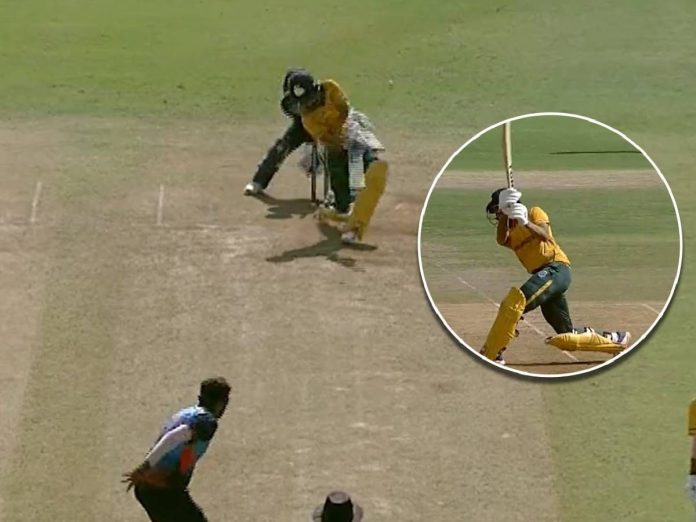 Ruturaj Gaikwad Smashes 7 Sixes in an Over in Vijay Hazare Trophy 2022 against Uttar Pradesh- Creates History.

The Maharashtrian opener Ruturaj Gaikwad in Vijay Hazare Trophy 2022 quarterfinal went berserk against Uttar Pradesh in his inning of 220 of 159 balls.

Ruturaj Gaikwad became the first batter to smash 7 sixes in an over in List A cricket. He helped his team put on a massive total of 330 runs. More than 60% of the team’s runs were scored by him.

In total Gaikwad ended his inning with 16 sixes and 10 fours and helped his team secure a total which can be easily defended against Uttar Pradesh.

Ruturaj Gaikwad finishes with an unbeaten 2⃣2⃣0⃣* off just 159 balls! 👏

Vijay Hazare Trophy 2022 has become a breeding ground for records nowadays as N Jagadeesan had recently scored the highest ever score in List A cricket in the ongoing tournament.