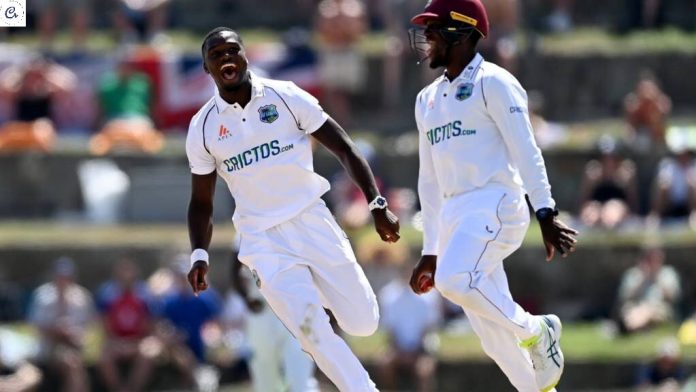 Here are the session-wise highlights of the 2nd day of the 1st test match between England and West Indies at Antigua.

The morning belonged to the West Indian bowlers who wrapped up the English Innings quite early in the first session. England added only 43 runs to their tally of 268 at the end of 1st day’s play.

Alzarri Joseph and Jayden Seales took two wickets each on the 2nd day for the Caribbean team. Joseph got the prized wicket of Johnny Bairstow in the 101st over of the English innings. England finished on 311 in 100.3 overs, with Bairstow being the last batsman to be dismissed. 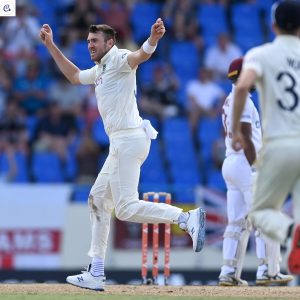 Overton managed to dismiss Campbell in the 10th over, followed by Wood dismissing Brathwaite in the span of 18 runs to open the doors for an English fightback with two new batters on the crease.

Brookes and Bonner tried creating a substantial stand, but Brookes batting on 18 flashed a wide one against Stokes, only to get caught by Root in the slips. Mark Wood upped the ante with two new batters on the crease and produced a chance against Blackwood. However, a diving Foakes could not hang on to it.

However, Blackwood’s stay on the crease did not last long. England reviewed successfully for a faint inside edge that popped up to the gully, where Overton efficiently managed to grab it. The captivating session finished with 83 runs and 4 wickets. 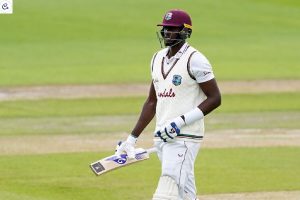 Jason Holder joined Bonner in the middle for the last session of 2nd day’s play. Wood and Overton heavily troubled Holder with the newfound reverse-swing on offer in the 3rd session. Nevertheless, Holder somehow weathered the early storms to develop a significant partnership. 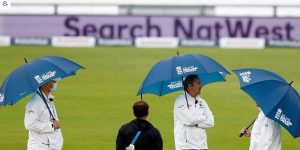 The play resumed under 10 minutes, as promised by the commentator, Ian Bishop, on air. However, the rain again intruded in the 56th over to cause another delay of around 20 minutes.

The aftermath of rain witnessed a brilliant batting display by Bonner and Holder to propel West Indies beyond 200. The duo added an unbeaten 75* for the 5th wicket.

At stumps, West Indies are 202 for the loss of 4 wickets, trailing England by 109 runs.