Sri Lanka defeated the Pakistani cricket team by 23 runs to register an epic victory in the Asia Cup 2022 final. They have become the champions despite most of their players being young and inexperienced.

Sri Lanka batted first in the final to post a competitive total of 170/6 in the 20 overs. Interestingly before today, Sri Lanka had lost all 7 matches while batting first in T20Is in 2022.

Bhanuka Rajapaksa was Sri Lanka’s batter in the finals of Asia Cup 2022. He remained unbeaten on 71* off 45. His inning included 6 fours and 3 massive sixes. At one point, Sri Lanka was struggling at 36-3 in 5.1 overs. However, Rajapaksa made sure that the Lankan tigers reached a fighting total. 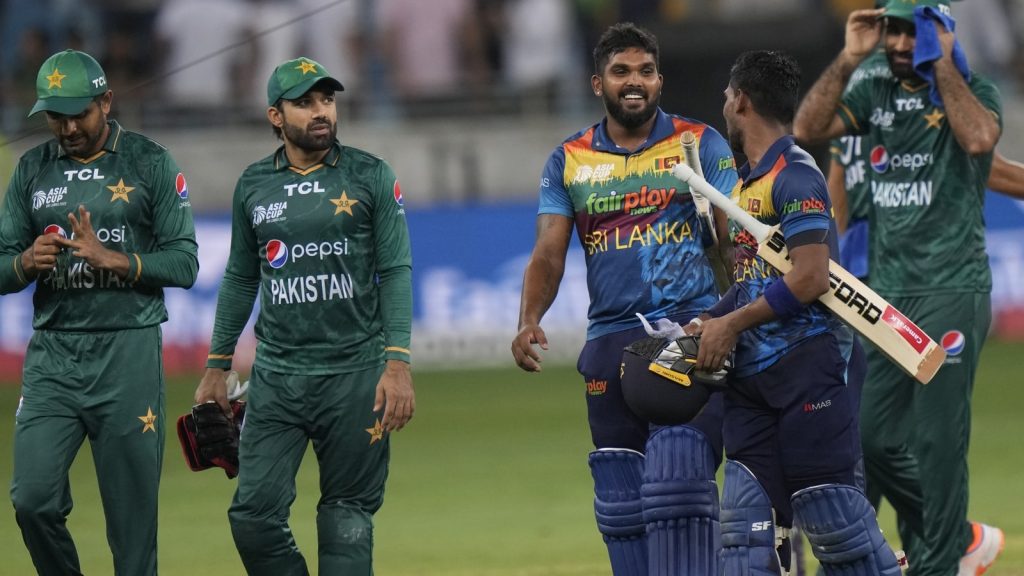 Also Read: Sri Lanka Defeats India by 6 Wickets in a Last Over Thriller in Asia Cup

Wanindu Hasaranga also played a good knock in which he smashed a quickfire 36 off 21 with the help of 5 fours and a six. For Pakistan, Haris Rauf was the pick of the bowlers as he dismissed three batters.

While chasing 171 to win, Pakistan needed their captain Babar Azam to construct a solid opening stand with Mohammad Rizwan. However, Babar once again failed in the tournament. The Pakistani captain could only contribute 5 runs to his team’s total.

Fakahar Zaman was sent back on a golden duck, and Pakistan looked in all sorts of trouble. A good partnership between Rizwan and Iftikhar Ahmed ensured that the Pakistani team was still in the hunt. However, after Iftikhar’s departure, no other Pakistani batter showed the grit and application to assist Rizwan in securing the victory. Ultimately Rizwan also departed after scoring 55 off 49.

Pakistan could only manage to score 147 runs against Sri Lanka in the Asia Cup 2022 final to concede the loss. With this, the tournament has come to an end, and both teams will be looking forward to the upcoming T20I World Cup in Australia in October.

Previous article
Watch: Arshdeep Singh Stunned by the Abuses of a Fan In Front of the Team Bus
Next article
Indian Squad for T20I World Cup, Australia and South Africa T20Is Announced