Watch: Cheteshwar Pujara turns into a bowler for Sussex 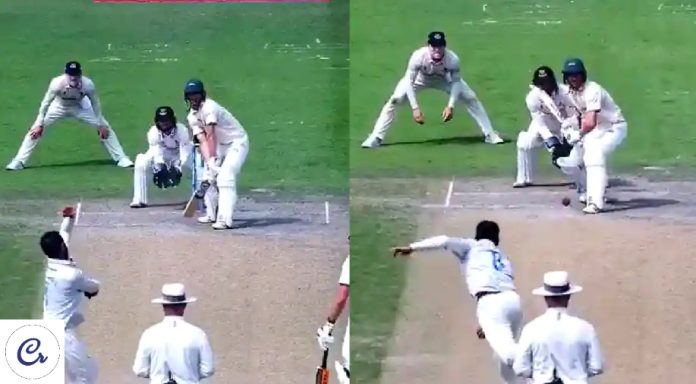 Cheteshwar Pujara scored a vital half-century for India in the 5th Test against England, but it was not enough for the Indians to come out victorious. However, one thing which could have been useful for India, which was not tried, was using Pujara as the spinner. Shocked? So were we when we first saw him swing his hand for bowling instead of batting.

We all know how Pujara was sidelined from the Indian Test set-up alongside Ajinkya Rahane after his runs dried up in the last couple of years. Pujara went back to the basics to make his comeback to the Indian team. He played domestic cricket and even went to England to play county cricket. He was drafted into the squad of Sussex and had a fruitful season for them in April-May. The echoes of his two double hundreds and two tons made the Indian selectors turn their attention again towards him. As a result, he was called back into the Indian squad finally for the 5th Test against England.

The Indian dogged batter made a fine comeback and has decided to further polish his skills while playing for Sussex in the County Championship Division Two. He is currently involved in a match against Leicestershire. What made headlines during the match was not his batting but his spin bowling.

Pujara bowled one over on the third day of the match and conceded eight runs. He was smashed for a boundary as well by Wiaan Mulder. Guess it was best the Indian team did not use him against the star-studded English batting line-up. For those who don’t know, this is not the first time that Pujara has bowled in a match. He has actually bowled previously in a few first-class matches and has picked up 6 wickets so far in his career.

Here is the video of Pujara bowling in County Championship Division Two:

An over of @cheteshwar1 bowling. 🚨 pic.twitter.com/I4PdyeCxCx