Winning as a Team: Rohit Sharma’s Mantra for Success

Through his leadership skills, Rohit Sharma has been successful in instilling a "team-first" attitude in his players, which has been the cornerstone of their success 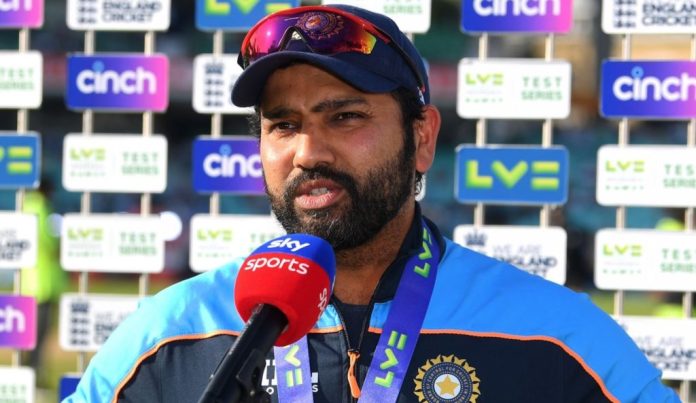 As the Indian cricket team continues to dominate on the field, their captain, Rohit Sharma, is leading by example with a unique approach to the game. Instead of focusing on personal milestones and numbers, Rohit is encouraging his players to play fearlessly and smartly, always keeping the team’s success in mind.

When it comes to the current Indian cricket team, there’s one thing that’s clear: personal milestones take a backseat to team success. And nobody embodies that mentality better than captain Rohit Sharma.

In the recently concluded ODI series against New Zealand, India were on fire, scoring 349 in the opening match and a whopping 385 in the final match. But for Sharma, it’s all about the team, not the numbers.

“We don’t compete for numbers, we play for the team,” said Sharma. “I want my boys to play fearless and smart cricket, even if they’re batting on 99 and the ball is there to hit.”

And it’s that team-first approach that led India to victory in the first ODI by 12 runs, an 8-wicket win in the second ODI, and a clinical 90-run triumph in the third ODI, solidifying their spot as the number one team in the world.

With this approach, the Indian cricket team is proving that winning as a team is truly the ultimate goal.

Previous article
Rohit Sharma’s Record-Breaking ODI Knock: The Captain’s Triple Triumph
Next article
Wasim Jaffer weighs in on Suryakumar Yadav’s ODI struggles, saying that it could be a mindset issue rather than a technical one

Afghanistan made their first ICC event appearance in the 2015 Cricket World Cup which was played in Australia...
Cricket Shorts

India has failed to win an ICC tournament for close to a decade now. Their last ICC triumph...