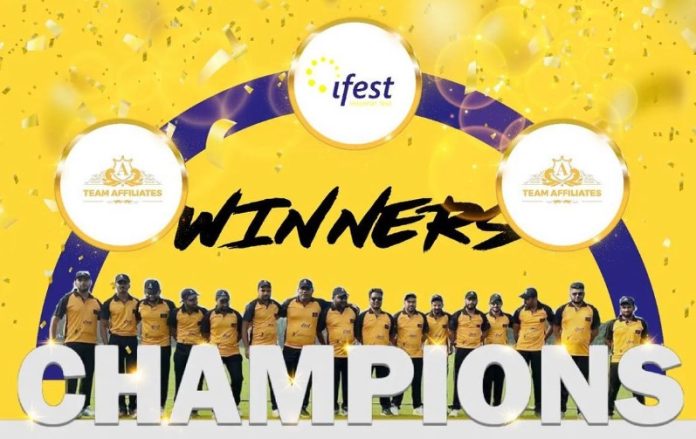 Team Affiliates won the iFest 2022 trophy with a  thrilling victory over the Domainers in the last over of the finals. The nervy match displayed the grit and character of this side that remained unbeaten throughout the tournament. But how did Affiliates create an environment that led to the historical victory? What techniques, strategies and tactics made sure they walk out as champions of the iFest 2022? Here we have answered it all, so keep scrolling to learn what made the Affiliates a champion team. 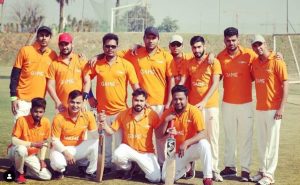 Special Things to Know About the Team Affiliates:

Team Affiliates has been playing with the same squad since 2017 in iFest 2022. All of the members of the side have developed great camaraderie and help out each other both in the game and personal lives. Their coordination goes beyond the field, which makes them a team that is both mentally and physically strong to take on any opponent. It is often said that a team with proper coordination and unparalleled bonding always succeeds in the end, and Team Affiliates have done exactly that. 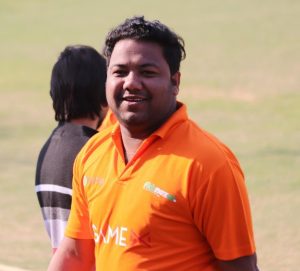 Akshay Garg and Puneet Rohaj, who shouldered the added responsibility of being the managers for the team, played a vital role in helping the Affiliates to lift the trophy. Even though they did not get a chance to play in iFest 2022, they did a phenomenal job from the sidelines to guide their team to a debut iFest trophy. Akshay Garg is one of the nicest human beings you can ever come across. He supported his team through thick and thin with all his might.

3- Special Credit to the Sponsors 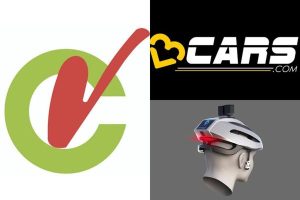 Team Affiliates is sponsored by vCommission, V3Cars and Proxgy in the iFest 2022. All these three companies acted as responsible and reliable sponsors who motivated and supported the Affiliates to strive for glory in the tournament. They did a wonderful job of becoming that extra strength of pillar that made Affiliates compete with all their skills to come out victorious on each occasion in the competition.

4- Injured But Not Battered 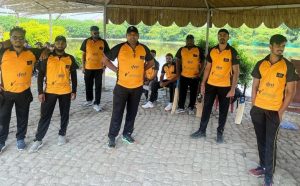 Saksham Sethi, one of the Team Affiliates’ main bowlers in the tournament, got injured and had to be ruled out of the tournament. He suffered a Grade 3 Ligament Tear but was smiling even when he was being taken out of the field in the semifinals. His positive outlook yielded great results for the Affiliates as it motivated and inspired them to go take home the victory. Piyush Sharma, who was phenomenal right throughout the tournament, also suffered a minor fracture but, despite that, played a blitzing knock in the finals that sealed the deal for his team.

Team Affiliates also went through severe problems when they did not get to sleep for even a single minute before their semifinal encounter due to their luxurious farmhouse getting waterlogged in the middle of the night. The calamity arrived due to the Yamuna river’s overflow. However, nothing could have stopped the Affiliates in their way towards the victory in the iFest 2022 as they were highly determined to win the tournament.

Also Read: Team Affiliates Lifts The iFest 2022 Trophy With A Thrilling Victory Over the Domainers

Antas Ahuja, the skipper, always remained cool as a cucumber throughout high-pressure situations. His decision-making was top-class, and his uncanny tactics worked in the Affiliates’ favour in all the matches. Antas led the team from the front by scoring vital runs in almost all of the games in the iFest 2022. Without a doubt, he is a skipper that any team would want to be commanded by. 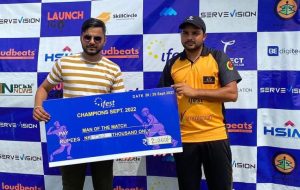 Ankit Mandhan’s half-century in the inaugural match of the tournament set the tone for the Affiliates to become the champions. He batted brilliantly throughout the tournament and helped Affiliates in precarious situations. His crucial runs at the end were significant for the team’s success. Mandhan was the one who fuelled the Affiliates’ chase with a fiery 30 off 15 in the finals. 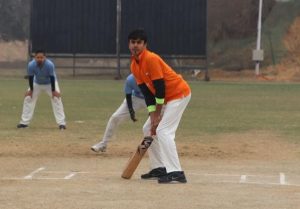 Piyush Sharma impressed everyone with his all-round game throughout the tournament. He suffered a minor fracture, but that did not stop him from finishing the finals with a massive six. Fun fact- Piyush Sharma was included at the last minute in the semifinals playing eleven. Nevertheless, he proved his captain right by playing a blazing knock that showed his strong character. He was the hero for the Affiliates in this tournament victory.

Jai Sharma and Gaurab Borah, the two most senior players of the team, were expected to guide the young guns in the tournament. They did exactly that by sending a message through their performances and as well as their helpful nature that created a warm vibe in the Affiliates camp. Their inputs at all points were necessary for the team to deal with its shortcomings and strive for perfection. While Borah took the centerstage in the semifinals with a  gritty knock, Sharma played a flaring knock in the finals. 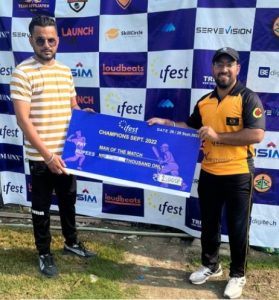 Mayank Awasthi bowled for the first time ever in his career for the Affiliates in the important semifinals. However, much to everyone’s surprise, he went on to take 5 wickets by giving away only six runs. He became the only bowler in the tournament to take a fifer. Credit must be given to Antas Ahuja as well for showing faith in Awasthi’s abilities. Mayank was the star for the team in the semifinals, and his fifer will always be remembered as one of the best moments of iFest 2022. 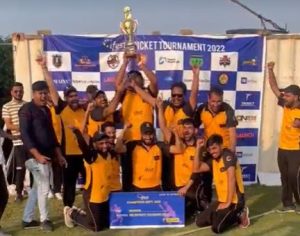 Team Affiliates, the Champions of iFest 2022, played with their heart during the tournament to win the trophy. Each and every player contributed throughout their successful journey. They found a new match winner in every match of the tournament. Their biggest strength was to not rely on only one of two players to get the job done. They won because they showed trust in each other’s abilities. The victory of the Team Affiliates teaches that teamwork is the key to success.

We would like to congratulate the Team Affiliates for winning the iFest 2022.

Team Affiliates Remains Unbeaten in the Group Stage at iFest 2022

Everything You Need to Know About Team Affiliates in iFest 2022