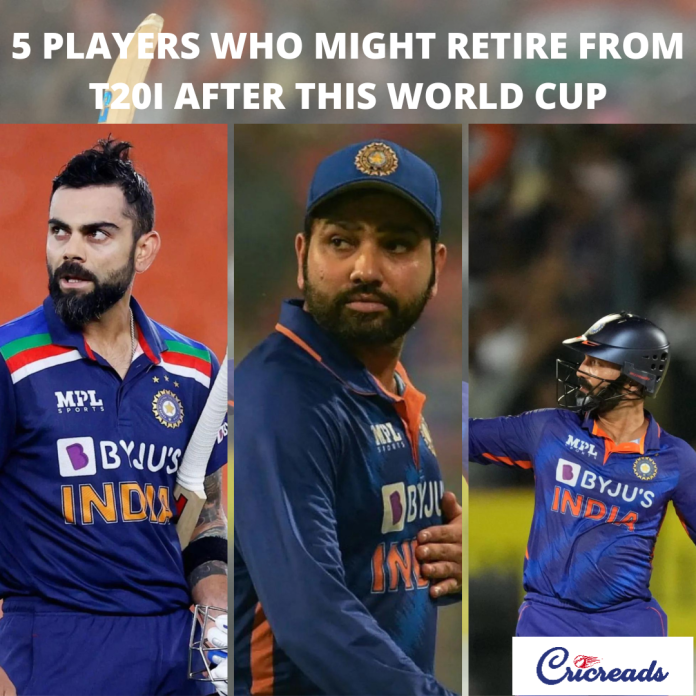 Indian cricket team can never run out of talented players, all thanks to the world’s 2nd richest sports event IPL (in terms of per match value). With T20i World Cup merely 3 months away, the stakes are high on the Indian team, under the leadership of Rohit Sharma, after an early exit from the 2021 T20i World Cup.

India is on cloud 9 under Rohit Sharma’s leadership as they have merely lost 2 matches across the formats after being given the role for full time. However, the current Indian side has an array of players who might be featuring in their last T20i World Cup (2022) this year due to various reasons.

5 Players Who Might Play Their Last T20i World Cup

You definitely have done some miracle or produced nerve-cracking performances if you are making a comeback to the Indian cricket team at the age of 37. Yes, Dinesh Karthik is the one making all the headlines for his comeback, which is speculated to be related to his selection in T20i World Cup this year.

However, we believe he might hand up his boots after this World Cup for a memorable farewell and if not, then selectors might drop him to inject new generation players with the same skillset into the team.

There’s still not a better swing bowler in the Indian cricket team, yet injury has always been a concern for Bhuvneshwar Kumar and he has been in & out of the team for the same. 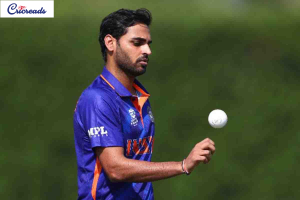 Bhuvi might think to sustain his ODI career with the ODI World Cup scheduled to take place next year in India. So, he might make a call from the shortest format of the game.

Virat Kohli, the run machine, has certainly been unable to find a way to score runs as his last century came 3 years ago in 2019. He didn’t have a memorable 2021 T20i World Cup both as a captain and batsman which has raised several questions about his place in the team.

He might give up on the T20i format after this World Cup to concentrate on the other two formats & stay fresh. But deep down every Indian fan would hope that this doesn’t turn out to be true. 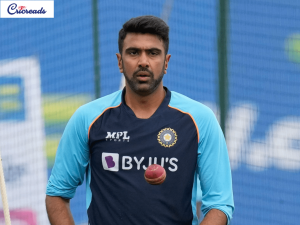 Ravi Ashwin was in the news after his sudden comeback in the Indian team for the T20i format, that too in the World Cup 2021, however, he has been sidelined post the tournament and might not be considered for this year’s World Cup if there’s no injury among the currently available bowlers.

The 35-year-old might bid adieu to the T20i format and devote his remaining cricket team to the longest format of the game- Test cricket.

Rohit Sharma, 35 years old, isn’t getting younger by the day and his health issues have been a major concern for him. The Indian captain has missed 24 matches in the last 2 years due to injuries and by the time the next World Cup arrives, he might not be fit to play.

There’s a possibility he might decide to leave any one format of the game, with high speculation of retiring from T20i cricket since he has played this format since his debut. Moreover, his recent performances in test cricket have been above par.

What do you think which 3 players from the above-mentioned would retire after this T20i World Cup?