Pant powers India to the series win against England 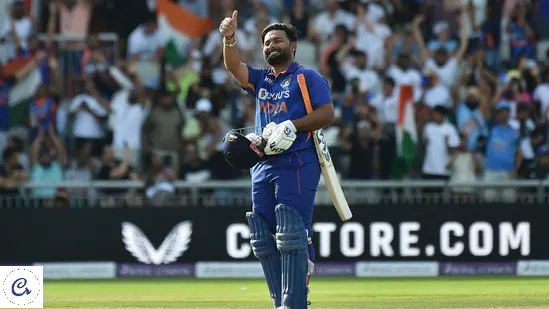 Rishabh Pant scored his maiden ODI hundred in the decider match against England. Pant remained unbeaten on 125* off 133 to help India chase 260 comfortably with more than 7 overs left. Pant and Pandya were the heroes for India as they saved the team from a collapse and then built a partnership that took the game away from England. India had won the toss and opted to field first. Mohammed Sirji dealt the early blows to the English line-up. He sent back Johnny Bairstow and Joe Root for a duck in the match. Jason Roy finally looked in touch in the series but could not get a significant and impactful score. Roy scored 41 off 31. On the other hand, the Test skipper for England, Ben Stokes, scored 27 runs. Jos Buttler and Moeen Ali steadied the innings for England. Buttler played an impressive knock in which he gathered 60 runs. Meanwhile, Moeen contributed 34 runs in the match. Livingstone notched up 27 runs, and Craig Overton made a healthy contribution of 32 runs. Hardik Pandya took 4 wickets, Chahal sent back three batters, and Siraj ended up with 2 wickets.

Chasing 260, India again suffered the wrath of Reece Topley. He dismissed all the top three of India. India was in trouble at 74-4, but after that, it was Pant and Pandya’s show that helped India successfully manage the chase. Pandya played a pressure-relieving knock of 71 off 55 while Rishabh Pant acted as an anchor to finally let loose in the final few overs. India’s next challenge will be against the West Indies. The squad for that series is already announced. Click here to view who will represent India against West Indies.