Watch: The Epic Funny Mix-Up between Babar Azam and Imam-ul-haq that led to a run-out 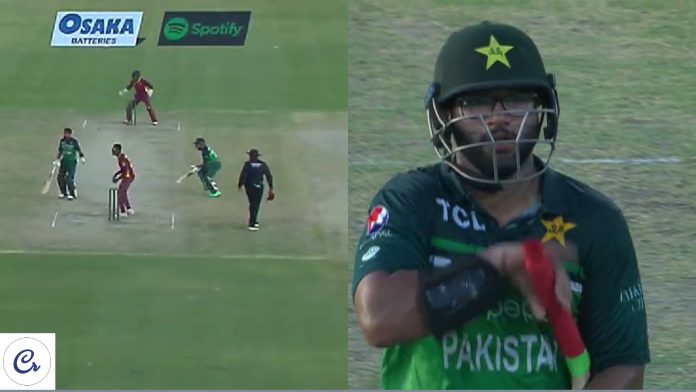 In the second ODI between Pakistan and West Indies, Pakistani batters Babar Azam and Imam-ul-Haq were involved in an epic funny run-out. The run-out will remind you of past funny instances of Pakistani players.

Babar Azam joined Imam-ul-Haq in the middle when the opening partnership for Pakistan was broken at a meagre score of 25. The duo of Imam-ul-Haq and Babar Azam did an excellent job before the hilarious run-out took place.

Together they scored 120 runs in just 21.3 overs before Imam-ul-haw found himself stranded in the middle. Imam-ul-Haq was sent back to the pavilion after the unfortunate run-out due to the negligence of Babar Azam.

The incident occurred in an over of Akeal Hosein. Imam-ul-Haq gently played the ball straight to mid-wicket, where the West Indian skipper Nicholas Pooran was raring to have a go at stumps. 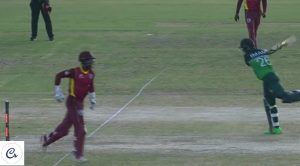 Imam-ul-Haq thought there was a single, and he quickly ran to ultimately find out that Babar Azam had never left his crease. The right-hander was watching the ball all along while Imam was gunning to get off strike.

Imam did get off the strike but for permanently during the match. Seeing that Babar had not left his crease, Imam tried to run back to the keeper’s end. However, it was already too late as Pooran had collected the ball quickly to send it to the keeper.

Imam was clearly too disappointed with the way he was dismissed. He swung his bat angrily in the air after he was run out. Imam scored 72 off 72 before his departure. It was his sixth consecutive score of fifty-plus in One Day Internationals.