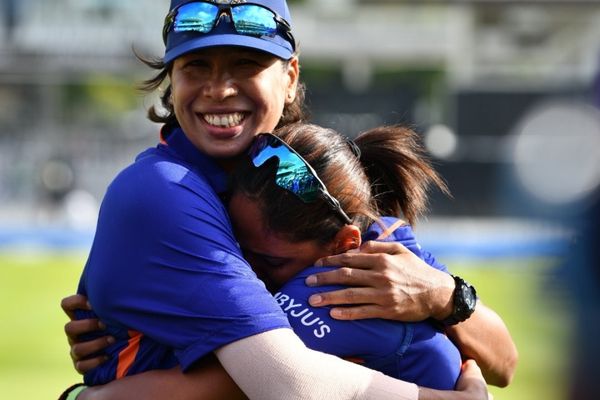 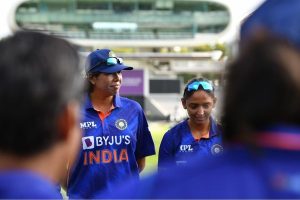 Harmanpreet Kaur got really emotional on Saturday at the Lord’s cricket ground in London, where Jhulan Goswami is playing in her final international match. The heartwarming and yet heartbreaking visual made Indian fans all over the world realise the importance of Jhulan Goswami’s contribution to India’s Women’s Cricket.

The legendary fast-bowler is India’s highest wicket-taker, with more than 350 wickets to her name. Jhulan Goswami will love to add more to her tally during the final match, which is now being played at Lord’s cricket ground.

The Indian skipper is clearly one of the closest people to Jhulan in the team, and her emotions came out flooding during the team huddle. Jhulan hugged Harmanpreet and tried to console her somehow. The whole scene was quite moving.

Here is the video of Harmanpreet Kaur getting emotional:

Previous article
Watch: Virat Kohli’s Bullet Throw that Dismissed the Destructive Cameron Green
Next article
Team Affiliates Start Off Their Campaign With a 14 Run Win Against the Team Entrepreneurs in iFest 2022

BCCI Announces Equal Per Match Fee for Women and Men Cricketers: Here’s The New Revised Per Match Salary for the Indian Cricketers

All You Need to Know about Renuka Singh, Premier Fast Bowler of Team India

Yastika Bhatia: The Present and Future of India Women’s Cricket